MTN South Africa is bringing the benefits of the best network to more people countrywide as its modernisation, expansion and 5G drive kicks into high gear.

MTN’s Modernisation of Network South Africa project (Monza) will see close to R6-billion spent across all nine provinces in 2022. With over two-thirds of this modernisation effort already completed nationally, an additional 1 350 sites are planned to be modernised on MTN’s network and over 200 key locations across the country covered by the end of the year. 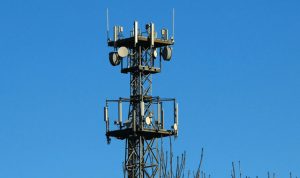 Apart from the modernisation of existing infrastructure, the roll-out of new 5G technology across all provinces (with the target for 25% of the population to be covered by 2022) and ensuring battery backup reliance against theft and power cuts, the major focus of this investment will be on connecting the previously unconnected so they can share in the benefits of the modern, digital world.

MTN South Africa’s rural roll-out will bring network and connectivity services to people in the most remote rural settlements of South Africa, and MTN aims to have over 100 rural deployments nationally in highly underserved areas by the end of 2022.

With more than 700 million people in sub-Saharan Africa still offline and at risk of exclusion from the emerging digital economy, MTN aims to close the digital access gap in South Africa and open the doorway to enhanced growth and economic opportunities.

The extent of MTN’s drive to close the digital access gap is reflected in the major boost in spending in smaller towns and provinces. Limpopo, for instance, is set to benefit from R470-million in additional investment, including 58 new 5G sites in 2022 to add to the existing 53.

The Western Cape is in store for an additional R749-million in spending, with the province on track to have 179 5G sites by the end of the year. Areas like Khayelitsha, Mitchells Plain and Philippi will benefit, all the way through to the southern Cape and Northern Cape, with all major commuter routes being targeted.

The first 5G sites in Virginia (near Welkom), Hopetown and Dwaalhoek in the Northern Cape will all bring new opportunities for more people thanks to the increased speed, efficiency and capacity of 5G, while the R215-million investment will also see small towns like Springfontein, Hoopstad, Koppies, Hartswater, Ga-Mothibi, Blouputs, Pomfret, Douglas and Prieska being connected for the first time/benefitting.

The Eastern Cape gets a major uplift through R623-million in investment, with a total of R412-million earmarked for the Free State. A R700-million investment in KwaZulu-Natal is an addition to the R500-million invested in 2021. North West, meanwhile, receives R212-million and Mpumalanga R350-million.

As all this expansion occurs, quality remains the top priority with the aim to deliver a superior, reliable network experience to all South Africans, especially as the fourth Industrial Revolution gains momentum.

“We firmly believe that providing quality coverage across all provinces and into rural towns will open the door to new and exciting opportunities for jobs, and for communities and regional economies to grow. Every successful project completed is a step closer to ensuring all South Africans are able to access the best that a modern, connected life has to offer,” says MTN South Africa CEO Charles Molapisi.

Launched in 1994, MTN South Africa is a subsidiary of MTN Group, a leading emerging market operator with a clear vision to lead the delivery of a bold new digital world to our customers. We are inspired by our belief that everyone deserves the benefits of a modern connected life. The MTN Group is listed on the JSE under the share code “MTN”. Our strategy is Ambition 2025: Leading digital solutions for Africa’s progress.