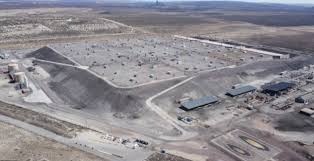 Nigerian light sweet crude and those from other West African producers have been struggling to clear for September and October loading, and are likely to move into storage. Some oil traders are once again looking to store oil onshore as sentiment on the physical crude market starts to turn bearish again, according to S&P Global Platts.

The emerging glut of light sweet barrels, especially from West Africa, is prompting some traders to start storing this oil in South Africa’s Saldanha Bay, sources were quoted as saying. End-user demand for such crude, especially from Asia and Europe, has been weak as demand for diesel, jet fuel and petrol has not rebounded strongly as some had previously expected.

Production cuts by the Organisation of Petroleum Exporting Countries and its allies have curbed the output of heavy sour and medium sour crude while sweet crude production hasn’t fallen to the same extent, according to trading sources.Saldanha Bay is a strategic storage point, with a capacity of around 50 to 55 million barrels, located between the demands centres of Europe and Asia.This has emerged as a frequent destination for traders to store crude when prompt demand is weak, incentivised by a steep contango.

In the past decade, traders had regularly used the terminal, giving them the option to ship either to Europe or Asia, depending on prevailing economics. Some crude from this storage hub was emptied out in June and July. But in the past two weeks, at least four million barrels of West African crude were sent to the storage in Saldanha Bay, shipping sources added.

There have been a few more inquiries for cargoes going from West Africa to the South African oil terminal, sources added, with more fixtures likely in the next few weeks. “There has been more inquiries this week, so there could be other cargo [heading for Saldanha Bay] being pushed into the market,” a ship broker said. Sources said West African crude is likely to be the main oil being shipped to this terminal, as the region is already facing a huge glut of light sweet oil.

S&P Global Platts Analytics said the huge glut of West African crudes means that there will “be renewed interest to store unsold WAF crude in places like Saldanha Bay for a short term based on the current contango in the front of the ICE Brent curve”. Trading sources said the market structure on the oil market has weakened in the past month.In a contango market, the forward price of oil is above the prompt price, implying weak prompt demand and growing oversupply, encouraging storage.