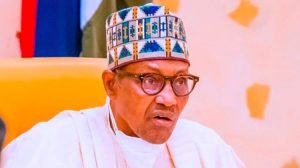 The Presidency has said the relieving of the two Ministers was not based on weakness rather President Muhammadu Buhari, essentially considered “food security” and the “power problem” in the country before “relieving” the Minister of Agriculture and Rural Development, Mohammed Nanono; and his Power counterpart, Sale Mamman on Wednesday.

The Presidential Spokesman, Femi Adesina said this on Thursday when he featured on Channels Television’s ‘Sunrise Daily’ programme.

On Wednesday, Gatekeepers News reported that Buhari sacked Nanono (Kano State) and Mamman (Taraba State). The President also redeployed the Minister of Environment, Mohammed Abubakar, to the Ministry of Agriculture while the Minister of State for Works, Abubakar Aliyu, took over as Minister of Power.

In August 2019, the two dismissed Ministers were among the 40 Ministers sworn in as part of the current Federal Executive Council.

Adesina stated that the redeployed Ministers are not weak in their former offices but versatile hence the need for their redeployment.

The Spokesman said, “It could be that the President has seen that they were versatile and so they would do well in other areas within the cabinet. It does not mean that they were weak and that is why changes came from within. Don’t also forget that the President said new nominations will also be made according to constitutional provisions because the constitution prescribes that every state in the country must provide a minister.

“So, if the reshuffle has caused a state or two doesn’t have a minister, then there have to be fresh nominations into the cabinet.”

He noted that ministerial appointments are not chieftaincy titles and appointees should be ready to leave at any time the President feels they have delivered their best.

Adesina while throwing more light on the President’s statement that the cabinet reshuffle is a continuous process and more ministers would leave the government before 2023, said, “It could also mean that the President who appoints them can also say, ‘Thank You for your services; let me bring in fresh energy’.

“The President is the one who will determine that and what that is telling us is that national service is for God and for humanity; it is not for ourselves. When it is time for you to go, you go. It is not a chieftaincy title, it is not something that you hold for life and when it is time to go, you leave gladly.”

He added that the President listens to the yearnings of the people in taking certain decisions.

The Presidential Spokesman while responding to whether Buhari considered the epileptic power supply, food inflation, amongst other challenges Nigerians are grappling with said, “Somebody gave me a document to give to the President on how to solve the power problem in the country.

Adesina recalled, “There was a night when there was this talk about hunger in the land and I went to see him (Buhari) but before I finished, he said, ‘I know, I have constituents and I received feedback from them. I have people from my constituency who give me real-time feedback, I know what is happening’.

“Of course, food security is central to the President’s heart.