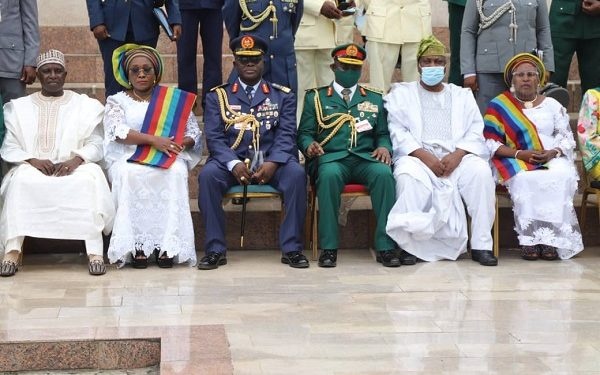 After 35 years of service to the nation, 256 Non- Commissioned Officers (NCOs) of the military were on Friday retired in a colourful celebration.

Their retirement followed several months of courses on reintegration to civil life, entrepreneurship and other kills acquisition programmes at the Armed Forces Resettlement Centre (NAFRC), Oshodi in Lagos.

The retirees who were drawn from the Nigerian Army (NA), Nigerian Navy (NN) and Nigerian Air Force (NAF), were hosted to a combined passing out ceremony with 26 Generals and 47 mid-level officers who underwent management and entrepreneurship courses also at NAFRC.

These 76 officers, it was gathered, were penciled for the courses they took to prepare them for retirement since they do not have many years in the civil service.

Speaking at the ceremony, Chief of Defence Staff (CDS) Gen. Abayomi Olonisakin urged the retirees to be unrelenting in their support to security agencies particularly in the area of community intelligence gathering.

Reminding them of the recently approved enhanced welfare packages for retiring members of the Armed Forces by President Muhammadu Buhari, Olonisakin harped on the need to stay loyal and dedicated to the Federal Republic of Nigeria.

He commended NAFRC Commandant, Air Vice Marshal Kingsley Lar and other staff for ensuring that Armed Forces personnel were exposed to the latest trends in global entrepreneurship and management training.