Lawal Sa’idu, is a Katsina-based journalist. Sometime in 2019, he bravely visited the bandits in their hideout in Dunbun Muazu and Dankolo in Sabuwa and Dandume Local Government Area of Katsina state and his observations and thoughts were published in several print and social media platforms. 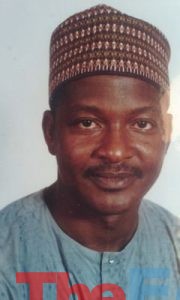 He feared then that activities of the bandits could lead to famine and that one way to end banditry was to engage the bandits in farming after a seeming amnesty that would disarm them. He said he saw up to 1000 bandits wielding AK47 riffles in the forest, alerting that danger loomed. Looking at some notorious activities of bandits in Katsina State last year, we reached out to Lawal Sa’idu again last week for updates. Excerpts:

Sometime in 2019, you visited the bandits in Dunbun Muazu and Dankolo in Sabuwa and Dandume LGAs respectively where they told you some conditions to cease fire. Are you still in touch with them?

Even this week, I travelled to the area, especially Dunbun Muazu in Sabuwa LGA. The issue is that, even with these bandits, their leadership is never stable. Those I met the other time when I went there have now been dislodged by the younger ones. The other time when I went, the leadership I met were Idris Miyaye and Sheman Daji. The area is now controlled by bandits like Dauji, Abdullahi Kachalla, Bashuje, Dogo Nabajala and Rusku.

I could also recall that as at that time you said the bandits were of different camps?

There are about five camps now. The last time I went there, information I got from the area was that they have been divided into segments with each bandit leader controlling his area. If there is an attack, the people there can easily point to you that it was carried out by either Dauji, Kachalla or Bashuje because they have divided the area among themselves.

But does any of these camps claim responsibility for attacks like the one on Kankara students?

What about talks around the conditions for cease fire? I remember when you visited the bandits the other time they gave some conditions?

That time I met with people like Idris Miyaye. Certainly, they were hopeful that talks on cease fire would work. Now with the present crop of leaders, if you have to talk about cease fire, you have to start fresh negotiation with their new leaders. And how sure are you that the younger ones will not stand up against them? The past leadership must have collected money from government and pocketed it without taking care of the youths. That’s why the young ones are agitating and saying no to any cease fire. The danger of agreement is that if you enter an agreement with them, after some time, the groups that feel isolated will turn against them and constitute their own group. So there is a problem.

Having said there is a problem reaching an agreement with the bandits, what is the way out?

The way out is negotiation. It is sad but better. It is bitter but from what I saw there is no better way that you can go about this without negotiation. What they are saying in Dunbun Muazu is that they carry out some attacks and kidnap in the presence of the security who appear helpless and do nothing about it. The bandits carry victims on motorcycle and pass in front of the security men, they will not talk to them, they would not interfere. To me, it seems they are not ready to work, so the only option for the government is negotiation, no matter how sad it is. It could be on temporary basis. If the security men were at work, certainly they would flush away these bandits.

The towns and villages (communities) close to them are at the mercy of the bandits. I was with a vigilante leader from Dunbun Muazu when one of the bandits called him and said he needed two gallons of petroleum. He told him that he was not in town but that he would bring the fuel when he returned. I asked him where he would take it to and he told me he would take it to his people. He said if he didn’t comply the bandits could attack his community at night. These people are living like slaves to the bandits. They do whatever they like and request whatever they want.

On Security people, certainly we all know what is happening, they have failed to do their job, they are not ready to do it. So to me, the only option left for government is to negotiate with them. And Masari (Governor of Katsina State) has said it repeatedly that he is not in a position to direct either the military or army to attack the bandits because his hands are tied by the Constitution. It is the exclusive responsibility of the Federal Government. But since they are not ready to do the job, what is left for the state government is to go into dialogue with the bandits no matter how temporary it is.

It is good to ask questions. Why did the other peace deal collapse? These are questions government should ask. When I went there the last time, I had discussion with people around there (Dunbun Muazu) and they said that government should constitute a committee that would be meeting with them. That didn’t happen. Now, they are living at the mercy of the bandits.

If you want to go to your farm to harvest your crops, you have to hire the bandits to go and guard the farm. So, if you encourage them to dialogue among themselves, it is better than this jamboree of carrying people like in political rally to go there for peace deal. Taking crowd there and showing the world will not work. Get a small committee to be meeting with them. That is the only way.

Are you saying there is compromise on the part of the military because many people kept on wondering how the Kankara schoolboys were abducted?

You cannot say compromise because they only work on order. You don’t know what is happening, maybe they were not ordered to attack the bandits. You can not say compromise, only God knows who is protecting who, the more you see the less you understand.

Can the bandits be trusted?

Even if they cannot be trusted, tell me what other option you have on ground since those mandated with the task of going after them do not do so. Dialogue is the only option. If there is no dialogue, they will continue to kill people and the security will look the other way. Since the governor cannot order the military or police to attack the bandits what do you do? If you look at Katsina, places like Funtua are now densely populated because people deserted their communities for fear of attacks by the bandits. People from Dandume, Sabuwa, Faskari, have migrated to Funtua area of the state. This is another problem and challenge. So, since the government is not ready to tell the security to go after these people, I believe there is no option other than dialogue for now no matter how costly it is.

I ask if the bandits can be trusted because kidnapping appears lucrative. Can they stop and can there be an end to banditry?

The bandits are human beings, they also have their needs and demands. If you go to their area, they are now locked up in their encampment, they cannot go into the town to transact businesses and generate money. They don’t have any option of getting money other than kidnapping. So, it is left for the government to find a window and that is why I said dialogue is the best. The other time when we went there, we had dialogue with the vigilantes in the area and the Fulanis and even their leaders were coming to the neighbouring markets to transact business and go back. If you don’t allow them to come to the town to carry out legitimate business to earn money, they would rebel against the system and resort to attacking travellers and collecting forced levies, kidnapping people and getting ransom.

If I get you right, the message is for government to dialogue with the bandits?

Those whose responsibility it is to fight these bandits are not ready so what do you think should be done? Unless the state government wants the bandits to continue killing. Just this morning I got an information from Damari area that just a little past 12 this morning they kidnapped nine people in Albasu Limami. This was a town that was earlier attacked by the same bandits on Christmas day where they kidnapped eight people (two women and six others). They managed to escape when the bandits were deep asleep. They returned to the same town and kidnapped nine persons including an SS2 student, his father and others. If a thief would come to a place and steal and return to same area again and again it shows that the security has collapsed.

With the abduction of Kankara schoolboys which was the first on any school in the state, do you think they are getting support from Boko Haram?

It is not that they getting support from the Boko Haram. The bandits are learning from the Boko Haram. Criminals learn from each other. If you could recall when people were beheaded in Zabarmari in Borno State, three days after, six people were also beheaded by bandits around Sabuwa area. Crime is universal, they are learning from each other because the bandits too listen to radio, they have access to social media and if it is about drugs, they also take drugs. There is a dangerous drug they take now called “Fanta”, it is sold for N50 in the open market but sold to the bandits for N500. It is an injection, somebody can take about 10 in a day.

This crime you are seeing happening in Nigeria, if care is not taken it can consume everybody. So we have to move fast, time is not on our side. The bandits are getting sophisticated. A leader of vigilante group in Dunbun Muazu was telling me that he saw one of the bandits holding a gun he suspected was one of those recently acquired by our military. So the government should review its thinking that all the arms bandits use were smuggled from neighbouring countries. They should seriously take an inventory of their armoury because some of the guns are from the security personnel, only God knows how they managed to get them.

Can we trace the origin of the bandits to Boko Haram?

No. The bandits don’t even pray. They take drugs, how can you attribute any ideology to them? There’s no link. The bandits carry out attacks in presence of security personnel. So, to me, it’s either the government facilitates the dialogue or they should allow the people to confront the bandits.