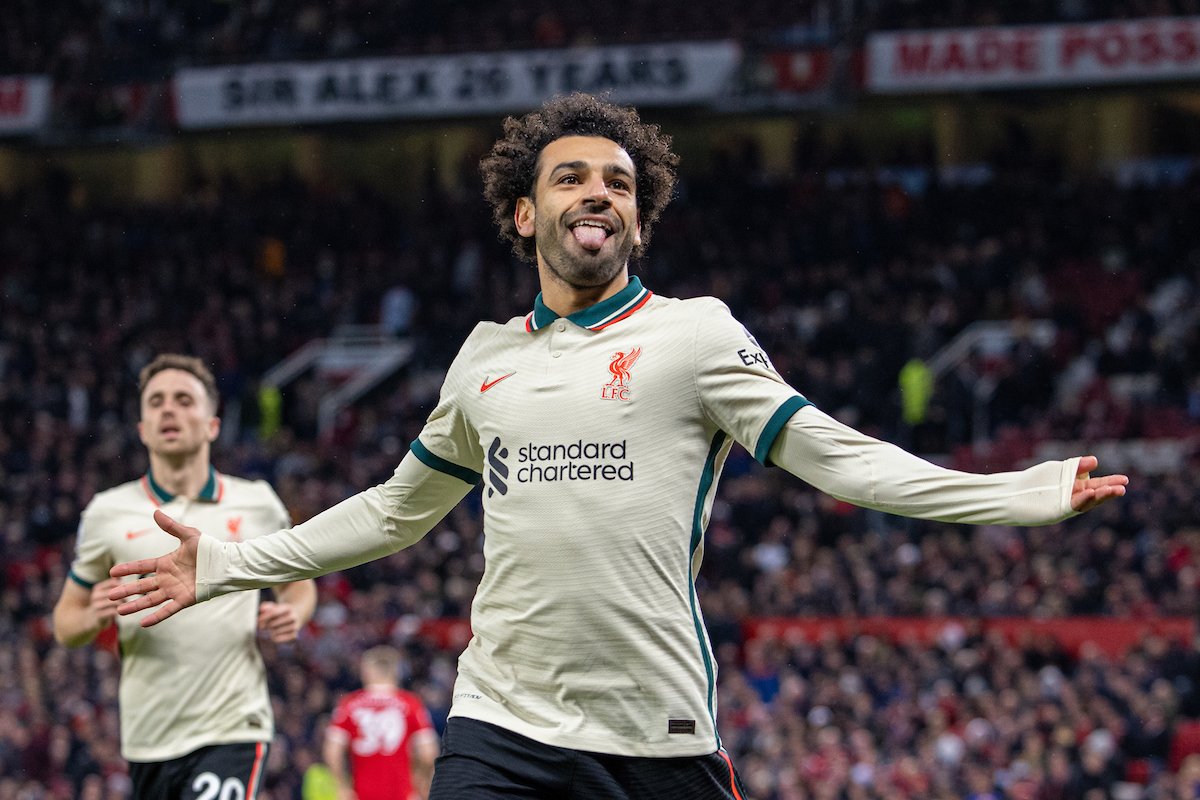 Liverpool humiliated Manchester United and their under-pressure manager Ole Gunnar Solskjaer as they handed out a thrashing 5-0 in front of a stunned Old Trafford.

On a day of acute embarrassment for United and Solskjaer, 10 years and one day since they lost 6-1 at home to Manchester City, Liverpool emphasised the vast gulf between the sides in brutal fashion.

Mohamed Salah was predictably their main tormentor as the Egypt forward claimed a hat-trick, the first of which meant he had scored for the 10th successive game. 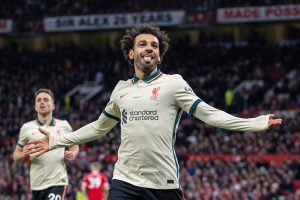 Solskjaer cut a dejected figure as he and his players faced the full fury of their own fans, especially at half time, after an insipid and disorganised performance.

The worrying signs were there for United after five minutes as Liverpool sliced them open when Salah set Naby Keita through to score at the Stretford End.

Diogo Jota then slid in at the back post unmarked to add a second from Trent Alexander-Arnold’s delivery eight minutes later.

Liverpool were tearing United apart and the irresistible Salah got his first when he thumped the ball into the roof of the net from Keita’s cross then beat David de Gea with a low effort to give Jurgen Klopp’s side a four-goal half-time lead.

Many Manchester United fans left at the break and Solskjaer’s response was to send Paul Pogba on for Mason Greenwood, but on a day when nothing went right for United even that mainly cosmetic move backfired horribly.

Salah raced on to Jordan Henderson’s superb pass to complete his treble five minutes after the break then Pogba was sent off for a reckless lunge at Keita that saw Liverpool’s midfielder taken off on a stretcher.

The rest was a formality as Liverpool cruised to victory in front of thousands of empty red seats deserted by the home supporters.

Liverpool back to their ruthless best

They rallied superbly to finish third and carried that good form into this new campaign, with an ominous composure about Klopp’s side from the first day.

With Virgil van Dijk back in defence and Salah playing at a level that suggests he is the world’s best player, they are a ruthless machine and how United felt that power.

Bruno Fernandes actually missed a very good chance to put United ahead before Keita opened the scoring but once Liverpool got ahead, Solskjaer’s side had no answer.

With Salah as the main weapon, they cut through United at will, reducing both their players and the crowd to nervous agitation every time they went forward.

Salah is in the form of his life and this United defence was an open invitation to him and Liverpool’s range of attacking options.

In the last eight days alone, Liverpool have scored 13 goals in three games on their travels, taking in the 5-0 win at Watford and the 3-2 victory against Atletico Madrid in the Champions League.

This was Liverpool looking as formidable, confident and dangerous as they did when they won the title in 2019-20. It is shaping up to be a three-horse race along with Chelsea and Manchester City for the title and this was the performance of true thoroughbreds.

The only downside to their day was the injury to Keita, injured in a two-footed challenge by Pogba in what is a cruel blow to the midfielder given he has been showing the best form of his stop-start Liverpool career.