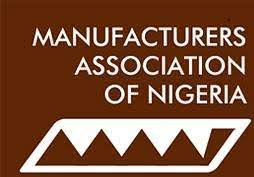 The Manufacturers Association of Nigeria (MAN) has expressed support to last week’s decision by the Central Bank of Nigeria (CBN) to discontinue with the weekly sale of foreign exchange (FX) to Bureau De Change (BDC) operators.

In a statement titled: “MAN’s Perspective on the CBN New Policy on Forex Allocation to BDCs,” signed by its Director General, Mr. Segun Ajayi-Kadir, the association stated that the directive of the CBN on the BDCs corroborated with its view and may help address some of the unwholesome activities of operators in the BDC market.

MAN, however, stated that much of the efficiency and effectiveness of the new guidelines will be determined by how determined the CBN and commercial banks will be to ensure that FX gets to genuine users. “For instance, with the new policy, manufacturers will depend solely on the interbank market for their FX needs. We hope the banks will provide a seamless process and timely execution of foreign exchange applications by manufacturers,” the association added.

The association also noted that it had made various submissions on the need for the CBN to collapse various FX windows into a single official foreign window.

“We believe that a single FX window will eliminate the excesses of middlemen, save the value of the naira and allow for available FX to be allocated productively using the official banking protocols,” MAN stated.

The association further argued that a major challenge with FX allocation to the BDC segment “is that the operators always lacked the ability and the will to continuously adhere to set guidelines. Most times their operations drift into round tripping and other financial incongruities that negate the overall objective of creating the BDC foreign exchange market.”

MAN noted that the end result was always the escalation of the premium of foreign exchange in BDC compared to the official window and further depreciation of the naira.