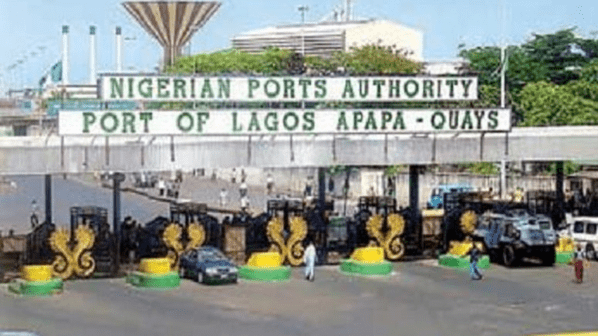 The National Inland Waterways Authority (NIWA) has warned that the continued bottlenecks experienced by exporter at Apapa Ports are detrimental to the economy as some of their wares lose quality due to long waiting.

Disclosing this in the latest NIWA quarterly magazine, Nigerian Waterways, the agency’s Managing Director, Dr. George Moghalu, explained that the delays at the ports is the major reason why Nigerian exports get rejected when they get to foreign countries.

According to Dr Moghalu, who made the disclosure when he received a team from the NEXIM Bank, “We are interested in getting goods to move. Exporters are lamenting that their goods sometimes spend three months at the export terminal in Apapa and another two months before they are shipped.

“We don’t have exclusivity to these goods and that is why we get lots of rejection abroad. They generally say products from Nigeria are not good, not knowing that at the point where they arrived at the port, they were world-class quality, but by the time we suffer delays at the port, when it gets to its destination abroad, it has gone bad.”

The NIWA MD also addressed issues affecting the performance of Nigerian ports, such as the expansion and utilisation of dormant and existing ports to create efficient transport system in Nigeria.

Moghalu said the country’s road infrastructure will continue to face threat of decay if the maritime transport sector was not prioritized. He added that it was high time to open up the Onitsha port because about 60 percent of goods shipped into Nigerian through Apapa port are destined for Onitsha and Aba.

The NIWA MD said that the challenges witnessed in the maritime sector would only be addressed when inland Waterways become fully functional.

“All over the world, bulk cargoes are either moved by water or by rail, but more by water and ours cannot be any different. We have over 10,000 kilometres of inland Waterways in this country, but it is only slightly over 3,000 kilometres that are navigable, which for me is scandalous. If we do little investment in our waterways infrastructure, a lot will be achieved for the benefit of this country.

“We cannot have a world class port in Onitsha and Apapa port will be congested. Why can’t we move these cargoes directly to Onitsha since most of them are destined for Aba or Onitsha?

“I don’t expect the very large vessels to come to Onitsha but barges can move from Apapa to Onitsha and offload these cargoes. This is going to save transporters a lot of money and will also be convenient for the operators,” the NIWA MD added.