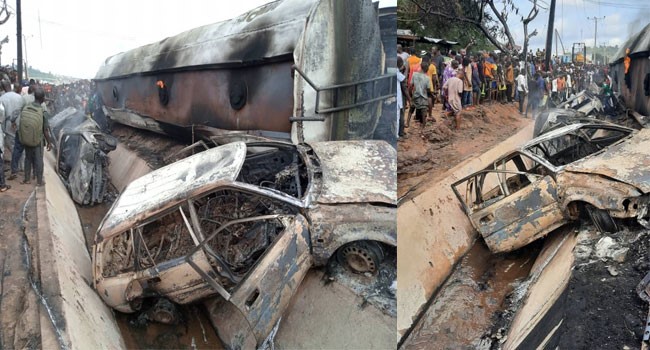 The Government of Kogi State has declared a two-day mourning in honour of the victims of a tanker explosion which occurred in Lokoja, the state capital, on Wednesday.

This announcement is contained in a statement issued on Thursday by the Kogi Commissioner for Information and Communication, Kingsley Fanwo.

“The Governor and the Government of Kogi State are saddened by the unfortunate incident that claimed many lives in the early hours of today (Wednesday).

“The people are the State. Therefore, the primary responsibility of the Government is to ensure the safety and well-being of the Kogi people.

“As a result of the importance placed on the lives of our people, the Government has declared a two-day state mourning to honour the departed souls.

“In this time of grief, we urge the people to be deep in sober reflection and stand together for one another to pull out of the agonizing loss,” the statement read in part.

The tanker explosion, which occurred in the Felele area of Lokoja, along the Lokoja/Abuja Highway claimed 23 lives.

The government, therefore, called on road users to act responsibly in order to avert unfortunate situations that care and caution could have averted.

Full investigations will also be carried out to determine the causes of the incident.