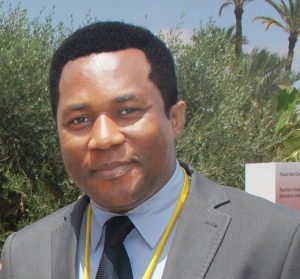 Having had their cars accepted in North America and Europe in the 70’s, buoyed by the middle east oil crisis, as consumers started discovering how less frequent they visit their mechanics due to their durability that came with quality-obsessed Japanese technology but above all, tipping point that changed global automobile was Spartan fuel efficiency, in an age the politics of oil ruled the world. 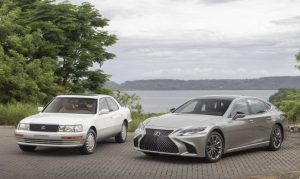 That initial success gave the Japanese wings to start dreaming dreams. Dreams that they too should aspire for a share of the luxury car sector pie, maybe to offer the world something like what the Germans offer, more reliable, durable, but at lower costs, that was the unique selling proposition: all the luxury at close to half the price.

Interestingly, at the same period, voluntary export restraints were negotiated by the Japanese government and U.S. trade representatives which restricted mainstream car sales, thus the alternative was upscale luxury cars.

So in 1986, Honda took the lead by launching its Acura marque in the U.S. The initial Acura model was an export version of the Honda Legend, which was launched in Japan in 1985 as a rival to existing Toyota Crown, Nissan Cedric and Mazda Luce.

In 1987, Nissan responded to Honda’s ambitious luxury project by unveiling its plans for a premium brand called The Infiniti. Nissan was able to respond to Honda’s challenge so fast because instead of going to the drawing board to come out with a totally new product, it quickly reverse-engineered its existing Nissan President sedan in standard wheelbase form (tweaked its interior for upscale luxury furnishing) for export as the Infiniti Q45,which it launched in 1990.

Mazda however began selling the Luce as the Mazda 929 in North America in 1988 and later began plans to develop an upscale marque to be called Amati, but its plans did not come to fruition.

But Japan’s biggest automaker had a very ambitious plan, instead of seeing the competition at home, it focused on the world’s largest automobile market (North America) and how to share the pie with the biggest luxury car makers ( BMW, Mercedes Benz) ruling that niche.

Not content with just sharing, it wanted something that will revolutionise the entry level luxury market, and if possible tilt the applecart by snatching customers from the jaws of brand loyalty by forcing customers addicted to Mercedes Benz, BMW and Audi sedans to have a rethink.

So the Chairman, Eiji Toyoda issued a challenge to Toyota engineers and designers to build the world’s ‘best car’. A challenge that was akin to when Henry Ford challenged his engineers to build a V8 engine, which the engineers retorted that it was impossible. But Ford insisted that as long as he could conceive it in his mind, then it is possible.

Toyota engineers took off and code-named it the “Flagship One” aimed at producing the Lexus LS 400. Before then, Toyota’s known premium cars were the Toyota Mark II models which were sold mostly in Japan.

And Toyota’s largest sedan at the time after the everlasting Toyota Crown, was the limited-production, 1960s-vintage Toyota Century, a domestic, V8 powered hand-built limousine, which ofcourse is used by the Japanese Prime Minister, while the Emperor of Japan uses The Nissan Prince Royal.

To actualize the dream of building “The World’s Best Car,” Toyota researchers were sent to the United States in May 1985 to conduct focus groups and market research on luxury consumers and their tastes.. During that time, several of their designers rented homes in Laguna Beach, California, to observe the lifestyles and tastes of American upper class consumers.

Meanwhile, their engineering teams conducted prototype testing on locations ranging from the German autobahn to U.S. roads. Toyota’s market research concluded that a separate brand different from the nameplate Toyota, and sales channel different from existing Toyota outlets, were needed to present its new sedan, and plans were made to develop a new network of dealerships in the U.S. market.

In 1986, global advertising agency Saatchi & Saatchi were contracted and they formed a specialized unit, Team One, to handle marketing for the new brand. Image consulting firm Lippincott & Margulies was hired to develop a list of 219 prospective names for the new car with names such as Vectre, Verone, Chaparel, Calibre and Alexis chosen as top candidates.

While Alexis quickly became the front runner, concerns were raised that the name applied to people more than cars (being associated with the Alexis Carrington character on the popular 1980s prime time drama Dynasty).

As a result, the first letter was removed and the “i” replaced with a”u” to morph the name to Lexus. But prior to the release of the first vehicles, database service LexisNexis obtained a temporary injunction forbidding the name Lexus from being used because it might cause product confusion. The injunction was thrown out by the U.S. appeals court saying that there was little likelihood of confusion between the two products.

When the ‘Team One” representatives visited Lexus designers in Japan, they noted an uncanny obsessive attention to details never before seen in any automobile firms and how parts that were good to go were discarded and strenuous efforts put in to redevelop and redesign them, they came up with the tagline: “The Relentless Pursuit of Perfection.”

According to Toyota, the automaker made some refinements so the logo would be easier to manufacture, rendering it using a mathematical formula.

Toyota’s secret project was completed in 1989, involving 60designers, 24 engineering teams, 1,400 engineers, 2,300 technicians, 220 support workers, approximately 450 prototypes and more than $1 billion in costs. The resulting car, the Lexus LS 400, had a design that shared no major elements with previous Toyota vehicles, with a new 4.0 L V8 gasoline engine and rear-wheel drive..

It debuted in January 1989 at the North American International Auto Show in Detroit and official sales of the vehicle began the following September at a network of 81 new Lexus dealerships in the U.S.

First thing Toyota celebrated was the quietness of the engine. At that time, it was the quietest V8 engine ever built to the extent that a Butterfly perched on the hood while it was raised to 5000rpm, yet the insect never felt the vibration.

The graceful LS400 saloon brought levels of quality, luxury and technology that were unheard of within the industry, thanks to a relentless pursuit of engineering perfection that led to numerous breakthroughs and refinements.

It soon achieved its major aim two weeks after unveiling as Car and Driver magazine rated it as better than the higher-priced Mercedes-Benz420 SEL and BMW 735i in terms of ride, handling and performance. The LS 400 also won motoring awards from automotive publications including Automobile Magazine and Wheels Magazine.

The LS 400 debut was generally regarded as a shock to existing luxury marques as BMW’s and Mercedes-Benz’s U.S. sales figures dropped 29 percent and 19 percent, respectively, with BMW executives accusing Lexus of dumping in that market, while 35 percent of Lexus buyers traded in a Lincoln or Cadillac. No other car has had such an impact at debut, maybe, until Tesla.

And going the extra mile to tell customers that this car is giving something nobody ever gave, in December 1989, Lexus initiated a voluntary recall of all 8,000 LS 400s based upon just two customer complaints over defective wiring and an overheated brake light (just breaklight).

This led to a 20-day operation to replace the parts on affected vehicles including technicians to pick up, repair and return cars to customers free of charge, and also flying personnel and renting garage space for owners in remote locations. This response which generated wide media coverage helped in no small way to establish the Lexus as a very reputable brand, a claim it has maintained in the last 32 years.

The Lexus changed the way luxury cars are built globally from Stuttgart to Munich to Wolfsburg .It forced the Germans back to the drawing board.

Though Lexus tweaked its tagline a decade ago to “Engineering the Impossible”, the company still maintains that it is a continuation of that “Relentless Pursuit of Perfection”.

No other car has exemplified the sophistication, innovation, grace and quality of Japanese technology as The Lexus