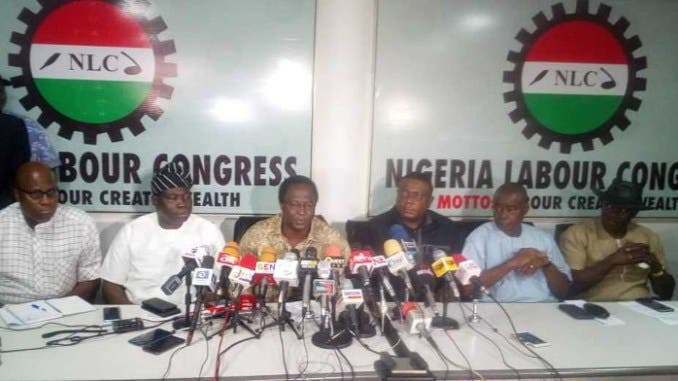 Chinedu Obike
The indefinite strike action and mass protests planned by the organised labour have been suspended. This followed a far reaching concensus reached with the Federal Government in a meeting that dragged on till the early hours of this morning. The government, in a meeting led by the Secretary to the Government of the Federation, Mr Boss Mustapha, had agreed to suspend electricity tarrifs for two weeks to enable a joint committee of government and labour representatives to examine the situation and advise on the next move.

The Minister of State for labour, Mr Festus Keyamo, who released the information through his verified tweeter handle, said it was agreed that deregulation has come to stay, as government rolls out palliatives, details of which will be made known in two weeks.