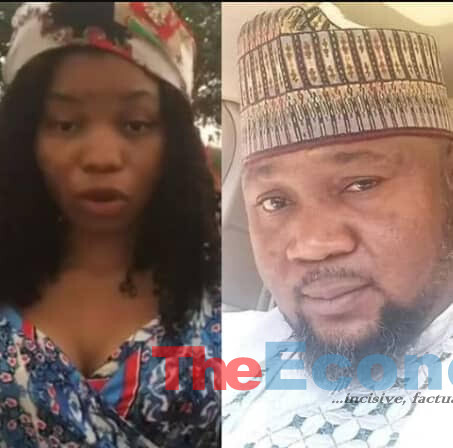 After several months of being accused of rape, molestation and abduction of a beauty queen, Elizabeth Oyeniyi, the Nigeria Police Force has concluded plans on the arraignment of Abdulmumuni Danga, Kogi State Commissioner for Water Resources.

It would be recalled that Elizabeth Oyeniyi had made a Facebook post on March 29 on the commissioner’s neglect of his family members, one of whom was her friend. Danga found the post offensive and reacted immediately.

According to Elizabeth Oyeniyi, Danga’s thugs abducted her, beat her up and stripped her naked. She was forced to apologize to the commissioner and thereafter taken to a hotel where she was raped by the politician.

Reading through the charge sheet, the commissioner and one other suspect, Success Omadivi, have been slammed with a seven-count charge bordering on rape, assault and forgery before a High Court in the Federal Capital Territory, Abuja.

As to the rationale for moving the case to Abuja, one of the investigating officers attached to the Gender Unit of the Force Intelligence Bureau, Amaka Okoh, through a sworn affidavit, argued that it was aimed at protecting the victim and other prosecuting witnesses from being harmed by the suspects and their agents.