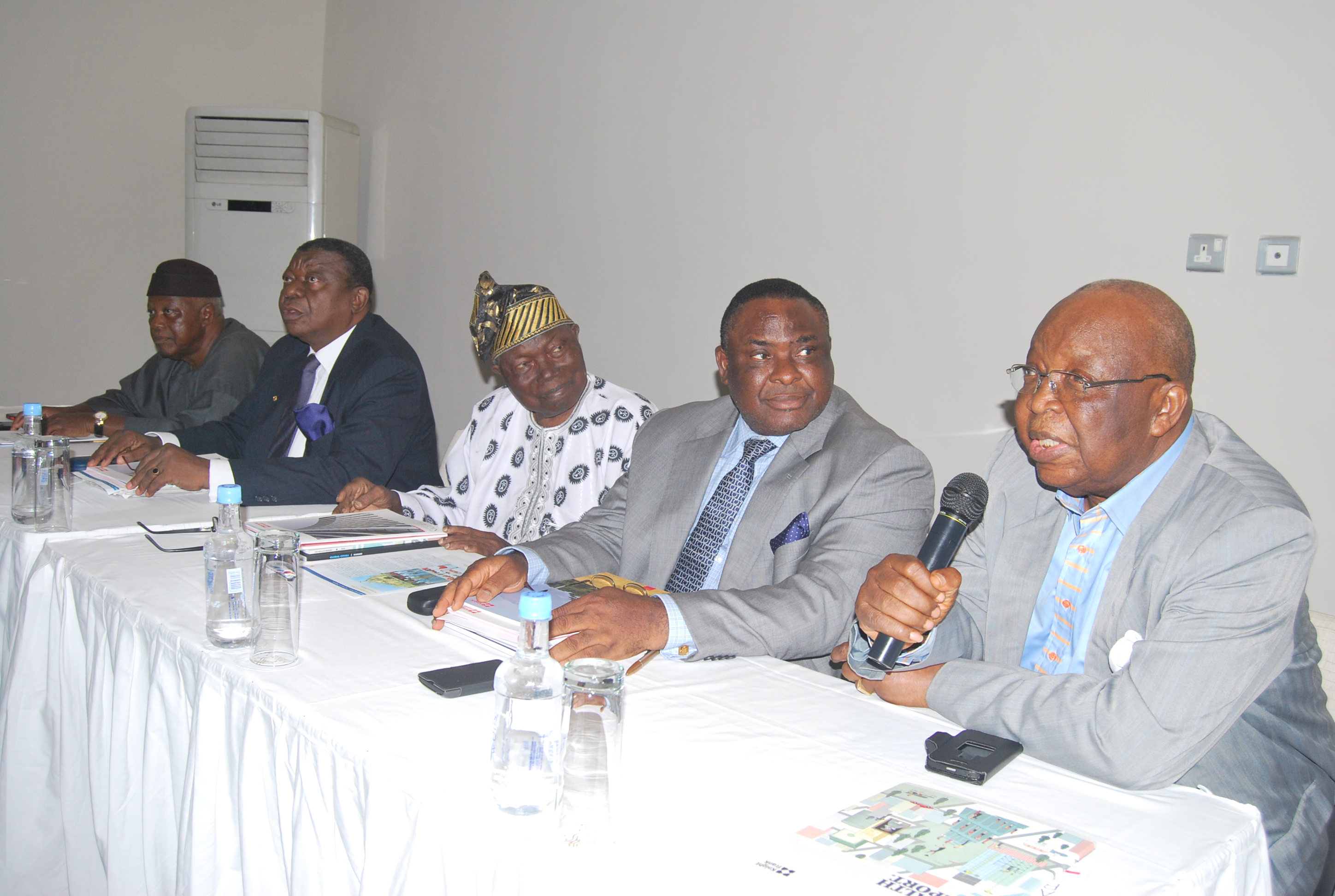 The management and staff of the Nigerian branch of Knight Frank, an international firm of estate surveyors, valuers and chartered surveyors, are in a celebrative mood.

Recently, the company marks its 50th anniversary with fanfare. The anniversary which began with a thanksgiving service, ended with the golden jubilee dinner in Lagos on Saturday, April 25. Mr. Joseph Ojo-Osagie, the Senior Partner of Knight Frank Nigeria described the golden jubilee of the company as a milestone because of the tremendous achievements it has recorded in Nigeria in the last 50 years. He said that at present Knight Frank through the help of the Nigerian office now has presence in 21 offices in nine African countries. “We celebrate our success, having served the largest spectrum of the Nigerian economy since 1965 and sustaining presence in 21 offices in nine African countries and beyond,” he said. Ojo-Osagie explained that the firm started small and was able to expand over the years due to hard work.

The Chief Executive Officer, Knight Frank Nigeria, Mr. Albert Orizu, attributed the company’s success over the years to the people who had worked to sustain professionalism. He said: “From a simple beginning, the firm has grown to what we have today and we must congratulate the people who made this happen. Without people, there will be nothing to celebrate. We have inherited a culture of professionalism and integrity, which has made us what we are today. Knight Frank’s enviable reputation is built on the combined strength of our people, our researches and our professionalism, working as a key member of an international team of over 12,000 property experts and professionals in 370 offices and 55 countries.”

A former Chief Executive Officer of the company, Mr. Joe Idudu, said the Nigerian arm of the firm was the first outside of England where it was founded over 100 years ago. According to him, the growth of real estate has been enhanced by Knight Frank throughout the country. “We have grown the practice in terms of the quality of our clients and our reports on issues. Our 21 offices in nine countries are making it possible to add value to professional practice,” Idudu said. He added that most of Africa is covered by Nigeria, which has a special place in the global practice of Knight Frank.

He, however, noted that the firm had also encountered some hard times, which had made it more resilient. “Sometimes, things were quite hard but we were able to weather the storm. Now, we are looking to a future of moving from generation to generation,” Idudu said.