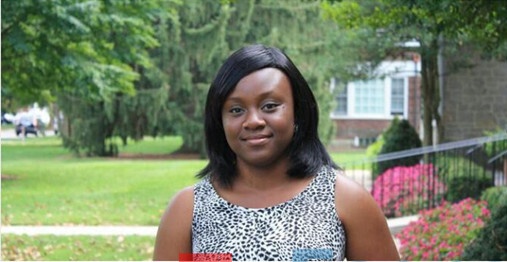 The health and economic crisis brought on by Covid-19 has had a global economic effect. From disrupted supply chains to restrictions on the free movement of people and their skills, goods and capital, the world has had to adjust to a “new normal”. A question on the lips of those contemplating filling the void left by the forced rethink of the “one country” risk arising from reliance on factory China is whether Africa can benefit.

Lesotho is well positioned to turn opportunity into real jobs with its manufacturing capabilities. Prime Minister Moeketsi Majoro, who took over amid the Covid-19 crisis, is alive both to the challenges and the opportunities. “We have to provide jobs and excitement, especially among the youth … In the past we were dependent on income from migrant labour and revenue from the Southern African Customs Union (Sacu). Now we must rescue ourselves through private-sector investment and the reorganisation of government to deliver this.”

Lesotho stands to benefit from the shift in the world’s thinking, not least because of its manufacturing capability as a result of the US African Growth and Opportunity Act (Agoa), which allows duty-free imports from Africa into the US and has helped create a small but thriving textile and apparel industry. This provides more than 40,000 jobs, 70% of which are filled by women, and has contributed significantly to economic activity in the mountain kingdom. As a result, Lesotho has over the past 20 years been able to compete with the likes of Bangladesh, Cambodia and Vietnam on costs. However, this cost advantage is vulnerable to any change in US regulations, especially the upcoming Agoa review in 2025.

As Lesotho looks to reform and break the mould of slow growth, poor governance and a legacy of political instability, Majoro has come in at an odd — yet opportune — time. Lesotho need not reinvent the wheel. In spite of the pandemic, the fundamentals that have driven business in the past — profit, loss, capital, tech, skills, markets — have not changed. For Lesotho, success should be about enabling far-reaching systemic changes in the way citizens go about their business and government operates. To do so, however, Lesotho’s policymakers will have to put in place business conditions that comply with the new ABC (anywhere but China) approach.

The challenge is thus twofold. First, it must prepare for the uncertainty around its destination markets, build resilience into the manufacturing sector and develop the capacity of its workers to ascend the industrialisation ladder into higher value-added goods. Lesotho needs to pay attention to building at scale and developing linkages in the domestic economy. Its politics must enable changes that create an enabling environment for a strong private sector to drive growth and create jobs. This includes the role the manufacturing sector plays in development, and ensuring business players are co-ordinated to pursue that vision. Opening discussions with foreign investor-exporters who may be considering a post-Agoa exit when the cost advantages run out will be key to understanding how the government can better advocate for continuity, sustainability and competitiveness in the long term.

Second, Lesotho’s textile and apparel industrialists are small and uncoordinated. But Afri-Expo Textiles, the largest domestic industrialist, believes the productive capacity of the textile industry can be multiplied through value chain integrations and larger-scale production. The making of garments requires various inputs, many of which cannot be found in Lesotho. Developing a value chain approach to garment manufacturing will create new players that can supply other necessary inputs such as zippers and buttons, for instance. Other industry players have called for more co-ordination to increase Lesotho’s bargaining power and appeal as an industrial centre. As it stands, no one company can secure a substantial and exclusive production order from industry giants such as Foschini, for instance. A combined effort is likely to yield better results at negotiation tables.

One of the more successful business theories in the past half century has been the use of clusters, as advocated by business guru Michael Porter. This approach has worked in many places, including Silicon Valley (IT) and Hong Kong (finance) where the congregation of, and competition among, firms has produced a well-educated labour supply, process and product innovations, increased capital allocation and other shareable inputs. Given its size, Lesotho can present itself as a cluster and leverage the accompanying economies of scale to grow its garment manufacturing, compete with others and command more negotiating power. This could boost productivity in Lesotho’s textile and apparel manufacturing, which still lags that of Asia, and increasingly now Ethiopia and Kenya.

Without productivity rises and product range diversification, Lesotho will find it challenging to sustain garment exports, especially as its window to maximise output, train talent and build an integrated value chain on the back of secured market access closes as 2025 draws near. Core to its success in this regard will be access to regional markets. Lesotho should thus aggressively seek bilateral trade agreements to support its industrial objectives. These must be supported by a more stringent appraisal of import policies to curb illegal imports and under-invoicing, among other malpractices. This will require pressure at the Sacu level to ensure better monitoring and adherence to trade regulations in the customs union.

Countries like Vietnam are instructive in building up manufacturing capacity. The book The Asian Aspiration (Greg Mills et al) reveals how Vietnam used policy to its advantage notwithstanding deep-rooted socialist ideological positions and a general (and substantiated) suspicion of the outside world given its history. Vietnam’s policy changes worked, affording it an extraordinary development turnaround within a generation: foreign direct investment grew steadily from $320m in 1990 to $130bn by 2018, GDP per capita has grown 25 times from under $100 in the 30 years since 1989, and the trade-to-GDP ratio was at 200% before Covid-19, second to Singapore. Vietnam’s success was based largely on a decision to move on from its destructive past, realise the need for the state to relinquish its need for control, and recognition of the importance of foreigners in this process.

Lesotho’s path ahead is promising, but its most profound constraint is in the difficulty of balancing short-term imperatives of delivery against promises of longer-term fiscal rectitude and development, considering the country’s ever-fragile political economy. This creates an urgent need for an overall approach where the deployment of human, financial and physical capabilities is prioritised in support of those actions likely to have the greatest effect on its economy. It must endeavour to become the easiest, friendliest and most competitive place in which to invest in Africa: Southern Africa’s manufacturing hub.

• Nwokolo is a Brenthurst Foundation researcher.