GUNMEN believed to be Fulani herdsmen, on Thursday, attacked three communities in two local government areas of Benue State and killed no fewer than 20 persons. 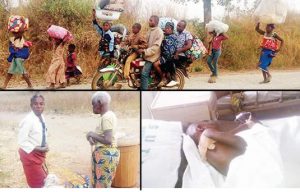 While the attack on Kwande community was said to have occurred around 11.00 a.m., the Gwer West attacks happened in the evening of the same day.

In Kwande, several people were reportedly killed but so far, eight bodies were said to have been recovered, just as 12 corpses were also recovered as of Friday evening in Mbapa and Ikyande.

The eight corpses, it was gathered, were recovered after the military personnel and men of the Nigeria Security and Civil Defence Corps (NSCDC) responded to a distress call from the villagers.