Kaduna and the trouble with castrating female rapists 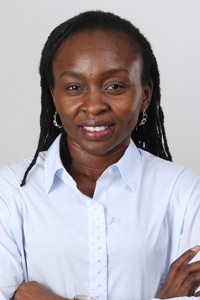 Last week Wednesday, the Kaduna State governor, Nasir el-Rufai, announced that he had signed the State Penal Code (Amendment) Law 2020 that stipulates stringent penalties for child rape. The amendment to the existing penal code punishes rape with respective surgical castration and bilateral salpingectomy (the removal of the fallopian tubes) for male and female convicts, as well as death. Given how much outcry rape has attracted in our society in recent times, it is commendable that Nigerian officials are taking measures to confront the epidemic. However, punishing rape with castration is a thorny legal and ethical issue, and I am uncertain that what the Kaduna lawmakers did was the necessary move. Rape happens in societies for far more complex reasons than the possession of particular body parts.

Whether the castration of rapists -especially child molesters- is a possible solution to the recurring instances of rape is a question that has been debated in many countries. The Czech Republic, for example, is about the only country in the world that applies surgical castration on convicted sex offenders. Places like Ukraine and Indonesia opt for chemical castration instead. In some states in the USA, such as California and Florida, (and lately, Alabama), some laws allow chemical castration on repeat offenders, and it is mostly offered in exchange for lighter prison sentences. Texas is about the only state that has surgical castration in its books. The point of castration is to reduce the sexual urges of sex offenders and limit the damage a rapist can do before they are unleashed back into society. However, the effectiveness of such procedures was questioned when some of those castrated convicts committed another sexual assault offence. While on the surface, castration of a sexual offender satisfies our collective desires to see a sexual violator deprived of their symbolic wo/manhood, castration is limited in its purported effect of preventing rape because the rapist was not quite looking for pleasure in the first place.

If there is an example that readily drives this point home, it is the son of the Kaduna State governor himself, Bello. Recently, during an argument he had with someone on Twitter, Bello threatened to gang-rape the person’s mother. I strongly doubt that Bello’s rape fantasy had anything to do with pent-up desires. His statement was a moment of self-revelation. What it exposed was the mindset of a young man who had been raised to think of rape as a punishment. The fact that he directed that sick fantasy towards an entire ethnic group was quite telling too. If you surgically or chemically castrate a person like Bello to forestall his own admitted inclinations towards gang rape, he would still likely find other means to carry out that violent infraction. That is why prescribing castration for a rapist is a tricky business. We risk making rape about biological desires, and perversely, provide a moral cover for rapists. The strongest argument that one can make against any castration has come from convicted and castrated rapists who have repeated the offence in other gruesome ways. They are proofs that what drove them in the first place was never the thrill of sex. It was about violating the autonomy of someone else’s body.

All of this brings me to the aspect of the amended law that unsettles me the most: the surgical castration of convicted female rapists. Typically, salpingectomy, or the removal of the fallopian tubes, is carried out as a form of contraception, or to reduce the risk of certain kinds of cancer, or even in the circumstances when an ectopic pregnancy threatens a woman’s life. Since Kaduna State announced the signing of the bill, I have searched for a precedent for carrying out such a major surgery on female rapists, but I have not found any. The very rare instances that I came across castration of convicted female rapists was chemical castration. I surmise that surgical castration on female sex offenders is probably non-existent for two reasons. One, because the case of a woman raping a man is a scarce occurrence. Even when it happens, it is more unlikely to be reported for all kinds of cultural reasons. In the case of child rape, by the time their victims grow old enough to process what happened to them accurately, it is often too late to pursue justice. For instance, I have had conversations with male friends whose first sexual experiences were with an older woman who cajoled them into sex while they were yet children or early teenagers. When you point it out to them that what happened to them was assault, they recoil.

The second reason the Kaduna law is peculiar is because their lawmakers engaged in a faux balancing of gendered punishment. To give the impression that their interest in advocating a punishment as severe as castration was gender-neutral, they needed an equivalent of male genitals. Since the human anatomy is messy and the vagina does not lend itself to the same possibilities as the penis, they opted to remove the woman’s fallopian tubes. Given that we learned in primary school that the opposite of a man is a woman, it seemed they also reduced the differences between the sexes to their genitals. If they take out the male’s twin testes, they are also compelled to carry out similar mutilation on a woman by taking out her two fallopian tubes. As I stated earlier, in most of the instances where castration has been prescribed for sex offenders, it was an optional physiological treatment to reduce their libido. That is because once the state moves to carry out surgical castration on a woman for whatever reason, they have moved from carrying legitimate punishment and entered into another realm where they are faced with all kinds of ethical conundrums.

First, there is no conclusive scientific evidence that female surgical castration reduces a woman’s inclination towards sex as it does in men. As a treatment for sexual assault, it therefore does not go far. Second, and this point is quite important, why should the state have the right to carry out such an invasive procedure on a woman for whatever reason? While I firmly believe that rapists of all genders deserve maximum punishment, I also hold myself back from being blinded by my passion not to see all the legal and ethical problems in government’s agents inserting medical instruments into a woman to remove her body parts. That kind of invasiveness of someone’s body is in itself a form of rape, and this time, a state-sanctioned one. Let me repeat my conviction that rape is a serious offence and should never be taken lightly. However, a law that allows the government to dismember women’s bodies as punishment is problematic. If you permit the government to plunge surgical tools into a woman, they will eventually assume other kinds of rights of what they could do with erring women. There are other less-barbaric ways of punishing rape without crossing the borders of what should be morally permissible for a state to do. Nigeria should stick to the standard punishment of rape with prison terms, sex offenders’ register, and barring offenders from certain privileges for life.

The argument for castrating rapists is an alluring one, but it does not solve the problem it purports to address, especially in societies like Nigeria where rape largely occurs because our society has helped men cultivate a sense of entitlement to women’s bodies. The problem of rape is not the one that can be solved by more or even harsher laws. Those that rape in Nigeria or anywhere are not doing it because of the absence of laws. They do so because society has created the social conditions that allow them to get away with their crimes. To beat them at it, we should be looking into providing more accessible means for people-especially the children the law aims to help-to report rape, developing more sophisticated means of investigating the crime, prosecuting people more efficiently, providing moral support for victims, and incarcerating convicted rapists.

Abimbola Adelakun is of The Punch Newspapers