Irony in the quest for Ghanaian varsities 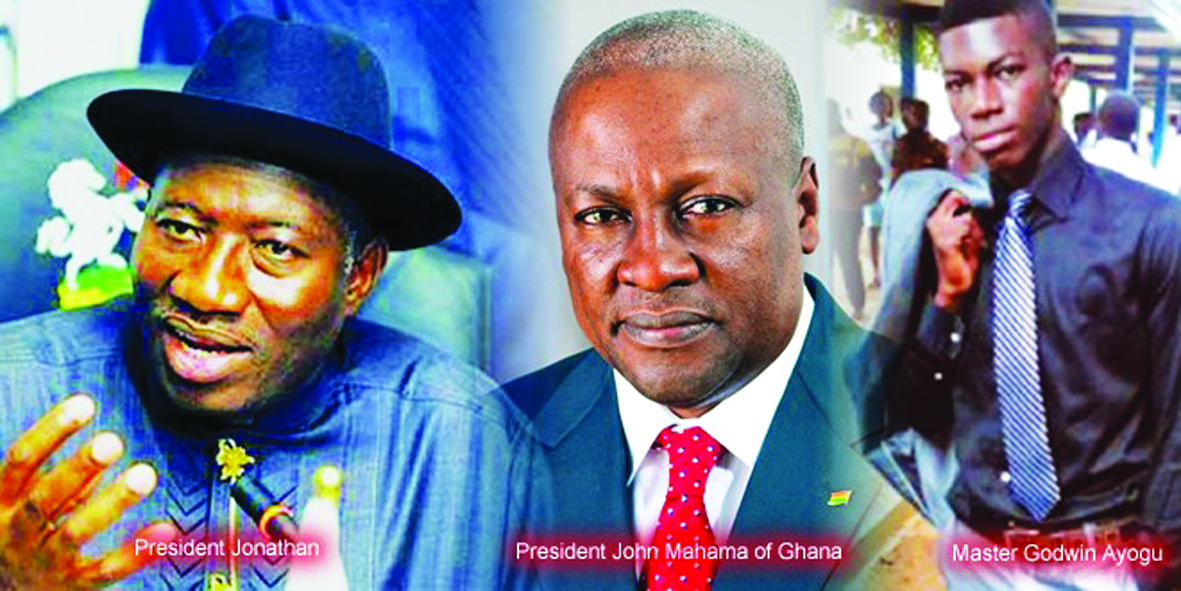 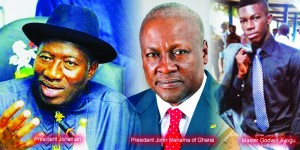 In recent times, many  Nigerian parents in their quest for a stable academic calendar have been sending their children to study in Ghanaian schools. Ironically, recent findings indicate that some of those schools, especially the private ones, are mushroom institutions merely set up to take advantage of desperate Nigerian students.

In their search for a stable academic calendar, many Nigerian parents have sent their children and wards to study in schools in Ghana, but the failure of some of the parents to make quality education their top priority in choosing these institutions could be a case of leaping from the frying pan into fire.

According to a 2012 report by Exam Ethics International (EEI), a non-governmental organisation, Nigeria spends over N1.5 trillion annually on higher institutions outside the country with Ghana alone getting a chunk of N160 billion from the total yearly. Over 200,000 Nigerian students are said to be studying in Ghana, with each spending between $6000 and $10,000 on just tuition fees annually depending on the course of study and the institution.

However, many are now doubtful of the standard of these institutions where Nigerians are paying heavily to acquire degree certificates. The recent visit to Ghana by members of the House of Representatives Committee on Diaspora Affairs led by its chairperson, Mrs. Abike Dabiri-Erewa was particularly aimed at assessing the standard of some of these schools with a large number of Nigerian undergraduates.

It was a shocking discovery that some of the schools, especially the private institutions, do not qualify for a higher institution but were merely set up to take advantage of desperate foreign students including Nigerians who were compelled to leave their countries due to incessant school shutdown, difficulty in securing admission into their favourite institutions and the unfavourable learning environment.

According to the committee, some of the institutions in Ghana where Nigerians are schooling have just one or two structures with mainly portakabins, as classrooms, hence they lack the facilities to produce quality graduates.

Speaking on their findings, Dabiri-Erewa said: “We have gone round certain higher institutions in Ghana, because our primary focus as far as this visit is concerned, is about our students studying in Ghana. Based on our assessment, we realised we need to advise parents to try to see some of the schools they are sending their children to in Ghana. We were impressed in some areas, and we issued a note of caution in some of the schools. In fact, there are some schools we saw and they are not worth it.

On the actions to be taken by the committee to address the situation, she said: “on our own part, we will be talking to the Ministry of Education in Nigeria to liaise with the Embassy, and to look at the position of these schools with one structure and portakabins because these are the schools Nigerian parents are sending their children to. We are not asking them not to send their children to study abroad, but they should investigate themselves before sending them to a worse school compared to where they are running away from.”

Also speaking on the need for parents to be wary of sending their children to below standard schools in Ghana while trying to give them better education, Emilia Akpan, proprietor of Showers International Secondary School, who also does foreign placement for Nigerian students, warned that some mushroom universities were set up without proper approval but with the intent to cash in on the high influx of foreign students, especially Nigerians. “Going to school in Ghana is not a bad idea because we have some similarities like being former British colonies, but parents should be careful not to send their children to schools that are not approved. They should try and investigate the schools, confirm from the Nigerian ministry of education and the National Youth Services Corps (NYSC) secretariat before going ahead,” Akpan said.

According to her, most Nigerian students also end up in the roadside one-storey building universities due to their inability to gain admission into the renowned universities with high standard in Ghana. “Giving our children a good foundation in the primary and secondary school levels is necessary before sending them out to study abroad. For the major universities in Ghana, there is nothing like ‘cash and carry’, they believe in hard work and merit, so they raise the bar for admission. Sometimes, these Nigerian students cannot pass their entrance exams and cannot actually defend the certificate they present, so they end up in the substandard private institutions where the aim of the owners is to make money and at the end it is garbage-in garbage-out,” she said.

Professor Dayo Alao, chief executive officer of Babcock Consulting Limited, decried that Nigerians spend huge amount of money to school in other countries due to the rot in Nigeria’s education system. He however urged the federal government to declare an emergency in the sector and give it all the attention it deserves. “Over 200,000 Nigerian students are in Ghana; about 100,000 are in the Republic of Benin. Most of the schools are just one building structure without adequate facilities, yet we send our students there. Imagine where a student pays as much as N900, 000 tuition in such schools,” he said.

Aside the huge tuition fees that Nigerian students pay in Ghanaian schools, they also suffer discriminatory charges in accommodation and the acquisition of residents permit and non-resident identification card. James Laide, a 300-Level medical student at the Kwame Nkrumah University of Science and Technology is not only paying huge tuition fee as a foreign student which amounts to almost $6000, he is also charged an additional $120 which he pays yearly for identification card. “I do not understand why after paying almost $6000 for tuition and getting a student resident permit from the immigration office for GH¢50 subject to renewal every year, the government makes us acquire the Non-resident National Identity Card at the sum of $120. It is becoming frustrating. Imagine where there are about three or four of us from the same family studying here; what will become of our parents’ financial status? The government should be considerate,” he pleaded.

For hostel accommodation, most of the students said buildings marked as ‘International Students Hostel’ popularly referred to as ISH by most students, are very expensive, but because it is difficult getting a house to rent, they have all resorted to paying for ISH.

Abigail Samuel Okon, a 200-Level Journalism and Mass Communication student at Sikkim Manipal University had a sad story to tell.  “It is not easy getting accommodation in Ghana. A lot of agents use many of us for serious business. They keep showing you places you cannot fit into and before you can get a nice place, you may end up spending the money budgeted for rent because for you to be shown even a single place, you have to pay. And this is besides the mandatory non-refundable agent fee.”

There is also the issue of maltreatment of Nigerian students following the recent killing of Godwin Ayogu Chukwudi, a student at the University of Cape Coast, Ghana and the supposed apathy been displayed by the security agencies in handling the case.

The 19-year-old Nigerian student was said to have been killed by his roommate and other accomplices who allegedly dispossessed him of his $4,600 school fees on February 19, 2014.

What has gone wrong in Nigeria’s education?

In the 1970s and 80s, Nigerian universities had international students especially from Ghana, but today, the glorious days have gone as the education system in the country has been eroded. Nigerians now flood Ghanaian universities, ranking highest in the number of foreign students in the country.

Today, the Nigerian education system is facing several challenges such as poor infrastructure, lack of well-motivated teachers, underfunding of the education sector, instability in academic calendar due to industrial actions by teachers and, above all, corruption which has compromised the quality of products from Nigerian schools such that certificates from institutions in the country are being questioned in and outside the country. Employers also refer to graduates from institutions in the country as “half-baked” and unemployable, giving preference to those with foreign certificates. While Nigerian certificates are often rejected, certificates from the major universities in Ghana are internationally accepted, which is the reason many Nigerians are trooping to the country for higher education.

Despite what Nigeria is losing to other countries, the federal government is yet to meet the 26 percent of annual budget for the education sector as required by the United Nations Educational, Scientific, and Cultural Organisation (UNESCO). Only about 10.7 percent of the N4.6 trillion total budget was allocated to the sector in this year’s budget proposal amounting to N493 billion, instead of about N1.2 trillion according to UNESCO’s stipulation. For Ghana, the target was even exceeded with the allocation of 31percent of the country’s budget to education this year.

As the rot in Nigeria’s education system has become a national discourse today, many are hopeful that proactive and sincere steps would be taken to tackle the challenges in the system.  This is the only way the country will stop losing revenue through capital flight and the citizens will no longer be short-changed in other countries where they have run for succour.