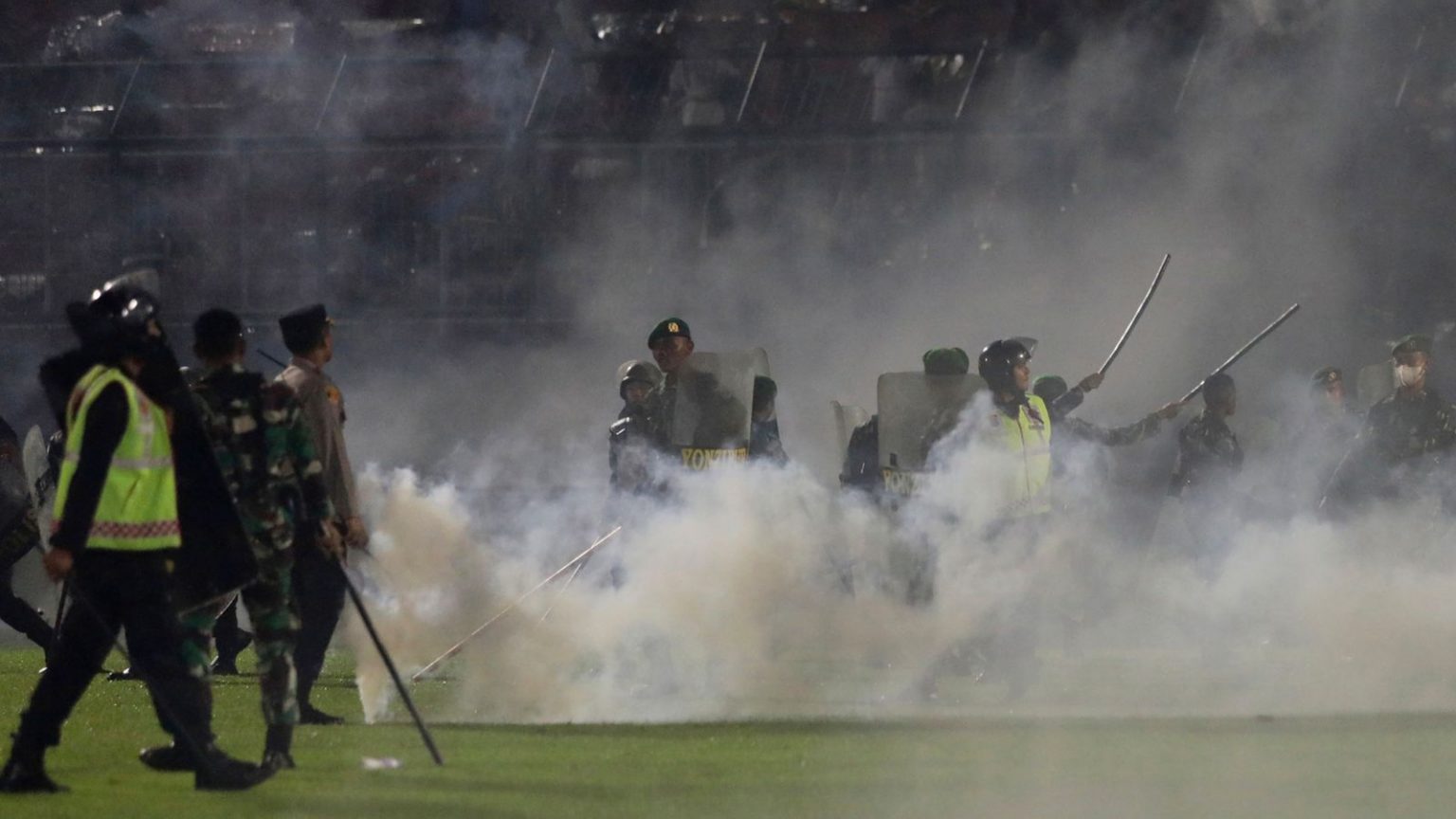 FIFA President, Gianni Infantino, has described the incident at Kanjuruhan Stadium in Indonesia, as a dark day for football.

The tragedy that claimed the lives of 174 people was as a result of a stampede after police fired tear gas in the air to disperse angry fans who invaded the pitch after Persebaya Surabaya beat Arema FC in East Java on Saturday.

The East Java Police Chief, Nico Afinta, had also confirmed that more than 300 people were hurt and taken to nearby hospitals, however some died on the way.

Infantino said, “The football world is in a state of shock following the tragic incidents that have taken place in Indonesia at the end of the match between Arema FC and Persebaya Surabaya at the Kanjuruhan Stadium.

“This is a dark day for all involved in football and a tragedy beyond comprehension. I extend my deepest condolences to the families and friends of the victims who lost their lives following this tragic incident.”

Liga 1 has since been suspended temporarily by the Indonesian President, Joko Widodo, to allow investigations and improvement of safety policies going forward.