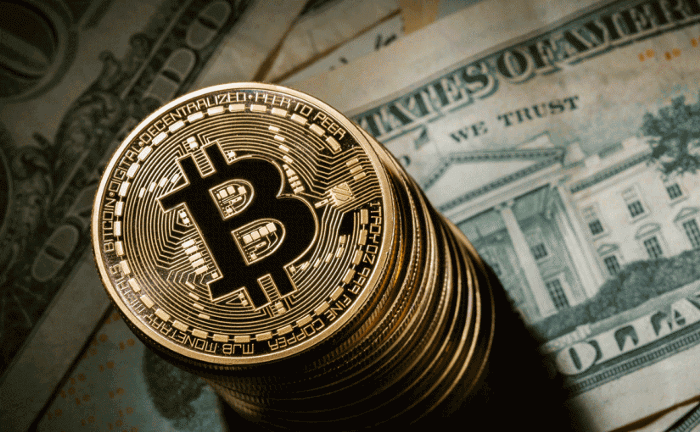 Importers have devised new means of bypassing the growing dollar scarcity in the country by using Bitcoin for international transactions. The growing forex scarcity as a result of low forex inflow due to low remittances and low oil prices triggered by the coronavirus pandemic has had a devastating impact on importers who are mostly affected by the forex shortages. This is also compounded by the suspension of sales of foreign exchange to Bureau De Change (BDCs) operators by the central bank of Nigeria.

The present situation which is squeezing the life out of Africa’s biggest economy has been exacerbated by the fact that banks have stopped honouring card payments as monthly spending on cards have been capped in some instances to about $100. In an email to its customers late last month, Guaranty Trust Bank Plc, Nigeria’s biggest by market value, informed its customers that it has cut the amount of foreign currency customers can spend on payment cards abroad to $100 a month from $3,000.

To bypass these huddles, some are resorting to using Bitcoin to pay for goods from their foreign partners, especially those trading with Chinese exporting companies. According to those using Bitcoin, it is a faster way of exchange than the traditional foreign exchange, moreso, with Bitcoin, it is easier to leapfrog bank limits of $10,000 a day. Using an agent who acts as go-between, these businessmen pay with Bitcoin to the agents while the agents accept the Bitcoins and pay the suppliers in renminbi.

Rules on what companies do with the dollars they receive have also been changed. With restrictions and new rules such that foreign exchange deposits can only be accessed via withdrawals, while foreign exchange via inflows can only be accessed via outflows have made things harder for businesses.  Analysts say that many banks are following a template they used when they went through a similar contraction in 2016, which was to cut customers’ foreign payments and wait for crude prices to recover before raising the limits.

Using Bitcoin according to them is the best way to bypass the restrictions and engage in seamless cross border transactions as they claim it is cheaper, easier and involves no paperwork making it quite seamless.  Some say that they adopted Bitcoin because “it jumps borders with ease, where other currencies encounter friction. If the counterparty is willing to receive bitcoin on the other end, it’s often faster and cheaper than legacy payments. But this can be a big “if” because bitcoin is a newer way of transferring money and people aren’t exactly used to it quite yet”.

Dependent on oil exports for close to 70 percent of its revenue, the Nigerian government’s coffers have emptied after crude prices plunged in the wake of the coronavirus pandemic. There’s little prospect of a respite any time soon as analysts projected that the economy would needs oil prices at $70 per barrel and production of 2 million barrels a day to balance the 2020 budget, but with prices hovering around $40 and OPEC curbs have restricted the nation’s output to about 1.4 million barrels a day. Moreso, foreign investors are said to be struggling to get out their money while manufacturers are unable to import vital raw materials as output hurtles toward a second contraction in four years.All these contributed to push the central bank to halt weekly interbank foreign-currency sales since March. Now the effects of the dollar shortage are seeping through to the economy. The International Monetary Fund predicts Nigeria’s economy will contract by 5.4% this year, the most in four decades. The latest official job figures put the second-quarter unemployment rate at 27.1%, the highest in a decade.