The Imo State Governor, Hope Uzodinma, on Wednesday said the state was ready to partner with the Federal Government and other investors on gas exploration. According to the governor, the sector would increase youth employment and economic growth of the state.

Uzodinma, who was represented by his deputy, Prof Placid Njoku, said this at a three-day sensitisation forum for stakeholders organised by the Gas Monitoring Committee of the Revenue Mobilization Allocation and Fiscal Commission in Owerri, the Imo State capital. 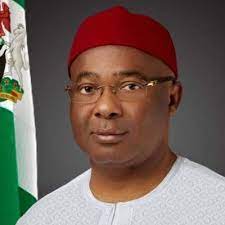 He said the state was ready to harness its potential for the growth of the state adding that the state has the largest deposits of natural gas globally.

Uzodinma restated his commitment to harnessing the resources in other to build a strong economic base for the State as well as create an enabling employment for the youths.  “Imo wants to partner with the Federal Government and others interested in gas, it will increase youth employment and economic growth of the State. Effective use of gas is a concern to the state government,” he said.

Corroborating Uzodinma’s statistics on gas deposits in the state, the Chairman of the Gas Monitoring Committee, Patrick Mgbebu, noted that Nigeria has more gas deposits than oil.

He pointed out that the state, as one of the largest producers of the product, has the capacity of hosting major gas investments of the federation.

“Nigeria has set the ambitious goal of remaking its natural gas industry in the coming decade , hoping to use its abundant gas resources to power its fast-growing economy as well as benefitting from a growing export business,” he said.

He noted that in order to succeed, “it will require foreign capital, friendly policies and government-industry cooperation. It is our hope that Imo State will provide the enabling environment for potential investors so that the inherent potentials of gas as the catalyst for achieving economic diversification is fully achieved.