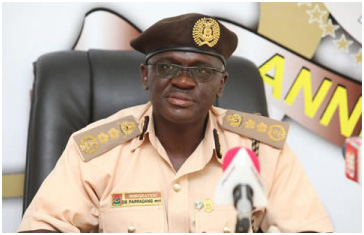 More than 4,916 Nigerians were banned from travelling out of the country between January and March, 2015, by the Nigeria Immigration Service (NIS). This was to prevent them from joining international terrorist organisations, including the Islamic State of Syria, Iraq and the Taliban.

In 2014, the NIS prevented 18,555 Nigerians from leaving the country, according to passenger movement returns obtained from the service. Two Nigerian youths suspected to be on their way to Iraq to join the ISIS were arrested by the Indian security service last week after scaling a barbed wire fence near the international border.

The two youths from Kano State, identified as Imran Kabeer and Sani Jamiliu, were being detained by the Punjab Police in India.

The NIS Public Relations Officer, Emeka Obua said the organisation had intensified profiling of travellers as part of measures to check people going abroad to do things that are inimical to themselves and the image of the country.

When asked why the NIS was not able to stop the two Nigerian youths arrested in India, Obua explained that in spite of the efforts of the service, many individuals still managed to escape. “Before the advent of ISIS, the NIS had been battling with illegal migration, organised or otherwise. The push and pull factors have always been there and the NIS has fashioned a robust profiling mechanism that identifies those whose intent for going abroad is either inimical to themselves or the image of the country.

“The NIS has always tried to stop young Nigerians travelling for doubtful reasons. It’s easy to know when you see their young age; many of them are sponsored but many escape the immigration dragnet and our expansive and extensive borders are not helping matters and the NIS didn’t have enough personnel to man all the borders.”