Ighalo nominated for Man U awards 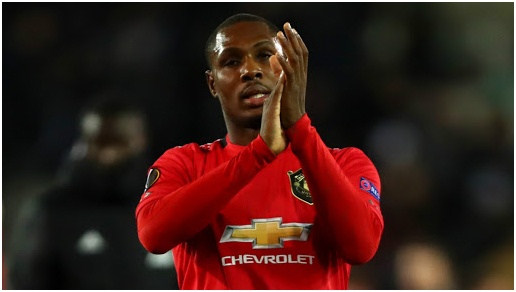 Last season, the former Nigeria international helped the Old Trafford outfit finish third in the Premier League and reach the semifinals of both the Emirates FA Cup and Europa League, making 19 appearances in all competitions with five goals to his name.

Ighalo is among 27 nominees for the 2019-2020 Sir Matt Busby Player of the Year and faces competition from the likes of Marcus Rashford, Anthony Martial, Luke Shaw, Mason Greenwood and Bruno Fernandes.

His goal against LASK in the Europa League last 16, first leg at Linzer Stadion, Linz on March 12 is among the long list of nominees for the Goal of the Season accolade.

Twenty eight minutes into the contest, he controlled the ball three times before firing home a spectacular effort in off the underside of the bar from just inside the area, and the spectacular effort was voted the club’s Goal of the Month for March 2020.

Daniel James, Scott McTominay, Rashford, Harry Maguire, Fernandes, Greenwood and Martial, who has been triple nominated, are the other contenders for Manchester United’s Goal of the Season.