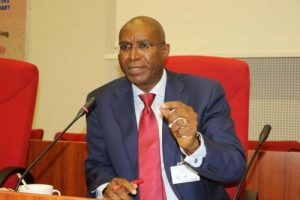 The Deputy Senate President, Ovie Omo-Agege, has shown support for the agitations of some Igbo groups clamouring for self governance.

Omo-Agege explained that the country has been unfair to them, adding that the Southeast region is politically deprived in the number of seats allocated to it when compared to other regions.

“This country has been unfair to them. Nigeria began with three regions; the North, East, West and subsequently the Midwest. The Midwest region, known today as Delta and Edo states which became Bendel was the only region that was constitutionally created, others were by fiat. Ours was created as a result of referendum by the people.

“The Midwest region having only two states has implications. Between Edo and Delta, we only have 6 senators unlike the North that has 57 senators and 18 to the West. The igbos have the right to be angry and bitter so do we.

“So when people are agitating, there is justification in agigation provided you consult and you’re not violent. You cannot replace one tyranny with another tyranny. At some point, everyone needs to sit and calm down to look into the reasons for this agitation.

“Everyone has the right to agitate for their people. Nobody will say the Igbos do not have the right to agitate for themselves. The Nigerian union as it is, is not a perfect union. Everybody should strive to correct those imperfections. I respect their right to agitate on behalf of their people. What we’ll not countenance is for them without consulting the Urhobo people to include Urhobos as part of their map of Biafra Republic. We’re never part of Republic of Biafra. We are not fighting the Igbo people. We respect their right to agigate.” he explained. The Deputy Senate President stated all these in a viral video.

Recently, a Biafran map was released by the members of the Indigenous People of Biafra (IPOB). The map included Urhobo land as part of the states that will make up Biafra Republic.

“The Urhobo people generally are Delta State residents who are located in Southern Nigeria and are sometimes mistaken as a sub-group of the Igbos. In simplified terms, they are an autonomous ethnic group.”