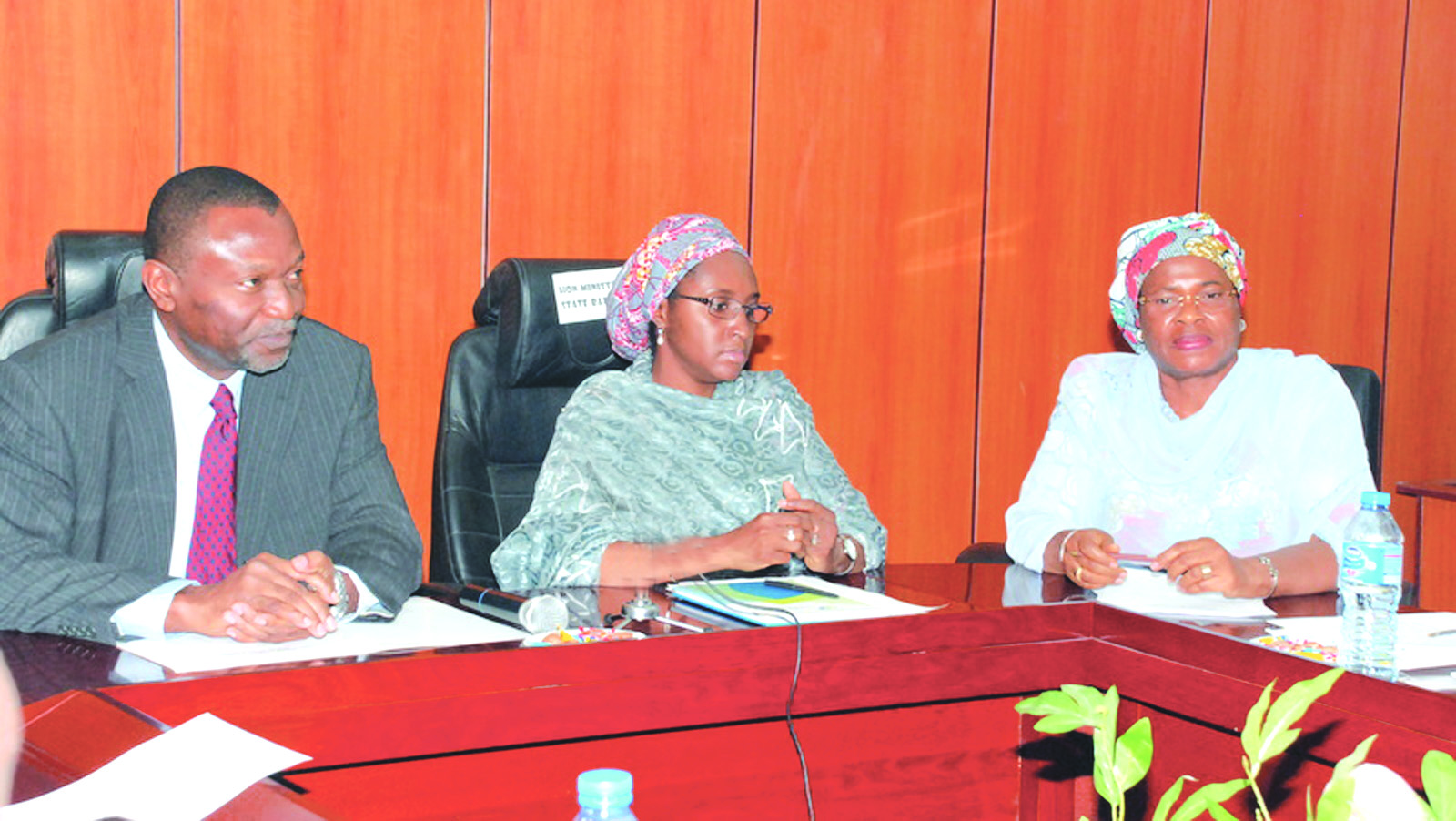 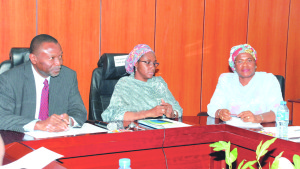 The administration of President Muhammadu Buhari took its first major step to rejuvenate the Nigerian economy with the presentation of the 2016 budget of N6.08 trillion to the joint session of the National Assembly on December 22, 2015.

Christened “The Budget of Change”, the plan aims to stimulate the economy and make it more competitive by focusing on infrastructural development. Achieving inclusive growth and improving the living standard of Nigerians are also goals of the budget. Notably, capital expenditure accounts for N1.8 trillion, which is significantly over 300 per cent increase from last year’s N557 billion. About N2.1 trillion of the 2016 budget is expected to be financed through foreign and domestic loans.

This year’s budget, one of the largest in the country’s budgeting history, is N1 trillion more than the 2015 Appropriation Act of N574.5 billion. And the government has set its sights on stimulating the economy and pursuing a gross domestic product growth (GDP) of 4.2%. But many pundits are questioning how realistic is the N6.08 trillion budget predicated on a crude oil benchmark price of $38.This says nothing of the N2.22 trillion deficit.

Ironically, the budget of Africa’s largest economy is coming at a time of falling international price of oil, Nigeria’s cash cow, with its attendant dwindling revenue, which has put the economy in dire strait. The value of the commodity has dropped by more than 65 percent since mid-2014 from $112 per barrel to less than $30.

Surely, the decline in international oil price does not bode well for a country that traditionally derives two-thirds of its revenue from this resource. Though the 2016 budget is not totally based on oil revenue, pessimists have questioned its workability, considering the oil price slump. They say the N6.08 trillion budget is too large and out of tune with the country’s economic realities; and it is a bad economic policy to increase the size of the budget which is hinged on a plan to borrow.

However, key members of Buhari’s economic team say there is nothing to fret about the expansionist budget, which is aimed at reviving the economy and addressing infrastructural deficit of the country.

The government is also determined to reduce the cost of governance, ensure efficiency in public service, and enhance revenue collections. What is more, “the administration plans to increase government expenditure on infrastructure, namely transport, roads, housing and power with a view to achieving a substantial increase in gross capital formation and to fund the budget deficit and the negative trade balance in a cost effective and efficient manner”, says Mrs Kemi Adeosun, Minister of Finance.

Justifying the projections in the budget in a paper entitled ‘Nigeria’s Economy: The Road to Recovery’, Mrs Adeosun notes the impact of sliding crude oil price on the Nigerian economy, but insists government’s main macroeconomic objective this year is to combine an expenditure-led growth strategy with a stimulant approach based on injection of more efficiently collected revenues as well as plugging the leakages.

She believes “the combination of these fiscal injections will have a catalytic multiplier effect on the GDP growth rate”.

Mrs Adeosun is optimistic of diligent implementation of the 2016 budget to ensure economic bounce.

Just as nervous glances are being cast in the direction of government’s plan to take foreign loans to fund this year’s budget, the finance minister allays the fears. The overall objective of the loan, she explains, is to provide the lowest possible cost of funds to finance capital projects proposed under the government’s plan to stimulate the economy. The government has also developed a “shadow budgeting process with tactical responses to build in the flexibility” in Nigeria’s borrowing needs, she adds.

Government’s budget deficit funding options include sourcing loans from multilateral agencies such the World Bank and the African Development Bank (AfDB), and Export Credit Agencies like the China Exim Bank.

The balance of foreign borrowing is expected to be sourced from the Eurobond market at commercial bank interest rates. According to the Finance Minister, with the mix of these different sources of funding, the overall cost of funds would be maintained at the lowest possible level.

“As far as possible, our foreign borrowing will be tied to specific capital projects. A number of these projects are revenue generating which would be used to fund the loan repayments. The strategy of pursuing increased foreign borrowing is designed to ensure that the Federal Government does not “crowd out” the private sector in the domestic market,” she says.

Senator Udo Udoma, the Minister of Budget and National Planning assures that “our budget is achievable,” especially as the government’s ongoing reforms are targeted at diversifying the country’s revenue base away from oil. Udoma promises that the Ministry of Budget and National Planning would proactively plan, advise and monitor all matters relating to national development, as well as ensure that vital development policies are properly implemented by all stakeholders.

Some financial experts also agree with Mrs Adeosun and Udoma. Dr Biodun Adedipe, an Economist and Principal Consultant, Biodun Adedipe & Associates Limited, says the country has the potential to generate enough revenue from its non-oil sector to fund the budget. To him, there are a large number of taxable individuals, entities and corporate organisations outside the tax net that will increase government revenue if dragged into it. He notes that the budget is the government’s policy statement to grow the non-oil revenue. Implementation of the Treasury Single Account (TSA), he reasons, will ensure more revenue flows into government’s coffers than before, thus enhancing the funding of the budget.

Dr Adedipe adds that with the anti-corruption posture of the Buhari administration, more money will be realised from all the relevant revenue generating agencies.

He applauds the government’s plan to harness the potential of solid minerals, another source of non-oil revenue. However, to achieve this, Adedipe suggests the government enforces the statutory royalties and ensures only licensed firms play in the mining sector.

Sy adds that there is a clear objective of diversifying the economy and using the expected economic gains to increase the welfare of Nigerians by reducing youth unemployment and extreme poverty. The current anti-corruption crusade is also expected “to help recover much of the misappropriated funds to supplement fiscal revenue”.

Industrialist Osita Okechukwu believes the 2016 budget is the first step towards Nigeria’s economic transition. Giving his homespun analysts of the 2016 budget, Okechukwu says government has addressed the urgent need for diversification of its revenue source from oil. He notes that sourcing funding for the budget would not be a challenge with the restoration of investor confidence, thanks to Buhari’s integrity. He expects the expected increase in public investments to pull many Nigerians from the unemployment market, and the administration’s policy to widen the tax net, which will increase government revenue.

Femi Gbajabiamila, the majority leader of the House of Representatives, describes this year’s budget as a perfect working document for the government. “It is an epic budget because it is a budget based on the internationally acclaimed zero-based budgeting system where every kobo has been newly justified by the Ministries, Departments and Agencies (MDAs),” he says.

A breakdown of the proposed revenue shows that N3.53 trillion, representing 36.4 per cent, is to be earned from oil, while N5.72trillion or 58.9 per cent, is expected from non-oil sources. Besides these two major sources of revenue, N197 billion would stream into government coffers through dividend payment from the Nigeria Liquefied Natural Gas. Other projected revenue sources, according to the Medium Term Expenditure Framework (MTEF), are solid minerals, N16 billion, non-Federation Account levies, N74.92 billion; education tax, N149.82 billion, and National Information Technology Development Fund, N21.93 billion which it may have to review further.

In terms of oil revenues, the document notes that the persistent decline in oil prices since June last year would continue to have negative impact on government revenue in the short to medium term. Small wonder the government is using a conservative figure of 2.2 million barrels per day for oil production, with a benchmark price of $38 per barrel.

The assumption underlying non-oil revenue is hinged on the broader structure of the economy as revealed by the rebased Gross Domestic Product (GDP) figures. For instance, in the area of Companies’ Income Tax (CIT), the MTEF states:“Projections for the CIT are promising as the efficiency factor is expected to improve, given the heightened efforts of the Federal Inland Revenue Service in broadening and strengthening the tax net. Also, this is expected to improve as government continues in its efforts to improve on the business environment.”

For VAT, the income from this item is predicated on aggregate national consumption of N67.7 billion for 2016, up from about N67.5 billion in 2015.

With regard to the Federal Government’s independent revenue, implementation of the Treasury Single Account is expected to shore up revenue collection and remittances by the Ministries, Departments and Agencies (MDAs).

Mrs Adeosun, Minister of Finance, in a bid to shore up government revenue, issued a circular ordering all the MDAs to henceforth remit 80 per cent of their operating surpluses into the Consolidated Revenue Fund account. She says the era when agencies generated revenues on behalf of the government without remitting them is over. Any agency of government that fails to comply with the directive would be sanctioned in line with the provisions of the Fiscal Responsibility Act, Section 22(2).

From all indications, the Buhari administration has mapped out strategies to ensure funding of the 2016 budget and its religious implementation. However, will the success of the budget hinge more on the oil price benchmark and less on non-oil and independent revenues, or vice versa? Only time will tell.