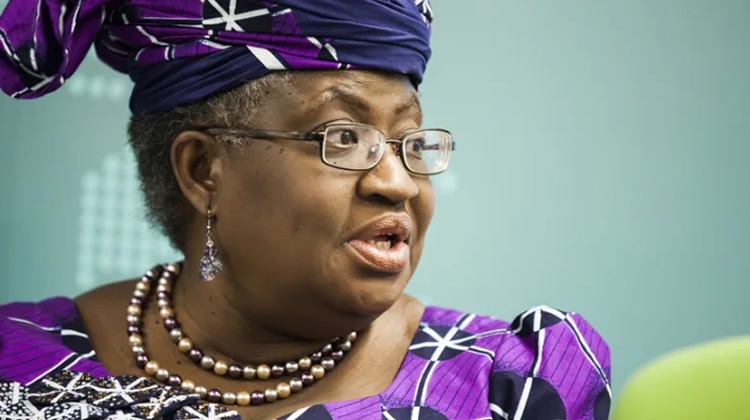 The brightest chance Africa has to clinch the position of Director-General of the World Trade Organisation (WTO) in its 72 years history is being threatened by the late entrance into the race of Dr Ngozi Okonjo Iweala, Nigeria’s former Minister of Finance. Her entrance has not only caused division within the continent’s usually bloc voting base, but also caused a major rift within the African Union (AU).  Sources at the African Union say that since the transformation of the Organisation of African Unity (AOU) into the African Union 18 years ago, this is the first time Africa is presenting different candidates for same position on the global stage, a development one analyst described as unfortunate and hindrance to African solidarity. “Dr. Okonjo-Iweala’s late entrance into the race simply threw spanner in the works of Africa’s unity,” a top staff of the AU who craved anonymity told The Economy.

Part of the reasons for the opposition to her candidacy is the fact that all her working life and exposure has been on development economics. She does not have any exposure on trade and trade negotiations, which are requisite qualifications for the WTO top job.

It was in recognition of these pitfalls that the Office of the Legal Counsel of the African Union last month expressed displeasure with the candidature of Dr Okonjo-Iweala, noting that her nomination violates Rule (11), 1, 2 and 3, Rule 12 and Rule 15(3) of the rules of procedure of the committee on candidatures within the International System of the AU as well as Council’s Decisions. The AU says its Executive Council had endorsed the nominations of Frederick Agah, Eloi Laourou and Abdulhameed Mamdouh before Nigeria sought to substitute its nomination.

Nigeria, however, pushed through its decision to have Dr Okonjo-Iweala on the ballot, a decision that did not go down well with many other AU member countries who expressed disappointment that Nigeria used her influence in a way that does not foster unity within the fold. An action close watchers describe as not being in sync with the way Nigeria ordinarily pursues her ambitions. With the closure for nominations for position of Director-General of WTO, there are now eight nominees with Africa having three (Nigeria, Egypt and Kenya), while Europe has two (United Kingdom and Moldova), one South Korean, one from Saudi Arabia and one from North American (Mexico). With Africa’s votes already split at home, the likelihood of any of the African candidates making it past the first round of voting is seriously whittled down as voting is going to be by continental bloc.

Critics of Dr Okonjo-Iweala’s candidature say that it came to disrupt the efforts the continent has been making over the years for the position of Director-General of WTO and that there has not been a better time as now that Africa is well-positioned to land the world’s leading trade job. They noted that the chances of African candidates would have been boosted by a growing consensus in Geneva that it’s time for an African trade chief as the continent has never held the post, while other regions, especially Europe have held it several times. Africa has also become far more ambitious when it comes to trade, with plans to launch the African Continental Free Trade Area (AfCFTA) underway.

The problem is that the WTO Director-General is chosen through grueling rounds of haggling to build consensus among some 164 WTO members, in which it helps to have a major regional block supporting a unified candidate. But with both African representatives in Geneva and officials of the AU failing to back a single candidate, the continent’s chances of winning is very slim.

As the selection process enters its most crucial stage this week when the WTO’s highest body, the General Council, will meet the candidates for the first time, much will depend on which candidates are supported by the U.S., the EU and China, the key trade players. The vacancy comes at a crucial time for the organization, with global trade collapsing because of the coronavirus (COVID-19) pandemic and the WTO’s highest court in paralysis because of U.S. criticism of the organization.