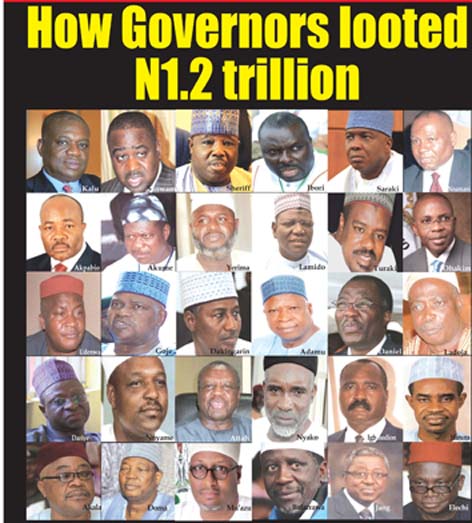 For some former state governors who elevated public treasury looting to a national culture, the day of reckoning is here as the anti-graft agencies appear focused on achieving conclusive prosecution of their cases 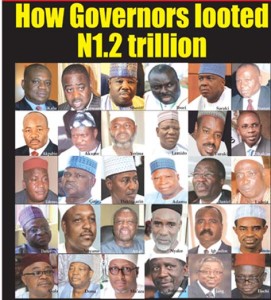 These are not the best of times for former state governors who corruptly enriched themselves while in office. For these once powerful men, Judgment Day is here.

The anti-corruption agencies — the Economic and Financial Crimes Commission (EFCC), the Independent Corrupt Practices and other Related Offences Commission (ICPC) and the Code of Conduct Tribunal (CCT) — have sprung back to life, with renewed crackdown on suspected treasury looters.

Since a few months ago when President Muhammadu Buhari appointed Ibrahim Mustapha Magu as the Acting Chairman of the EFCC, there has been renewed vigour in the anti-graft war as the commission has stepped up  investigation and prosecution of alleged corrupt former governors. Inspired by President Buhari’s loot-recovery and prosecution-of-culprits campaign, Magu is leaving nothing to chance in bringing to justice ex-governors who allegedly stole mind-boggling sums from public treasury.

The allegations against many of the former state governors who have either been grilled by the EFCC or whose trials are ongoing in various courts border on money laundering, misappropriation of funds, abuse of office, inflation of contracts, false declaration of assets and outright theft.  A conservative estimate by TheEconomy reveals that cumulatively, 30 of the ex-governors under probe allegedly looted a whopping N1.2 trillion while in office.

Interestingly, some of the former governors who were hitherto considered as sacred cows are now facing the heat of the EFCC as Magu, fondly called ‘The General’ by associates for his uncompromising stance against corruption, has vowed that there will be no hiding place for alleged treasury looters. “From all indications, the judges are more serious; everybody is cooperating and this year, we will see more politically-exposed persons convicted. We will flush out corrupt people,” he says.

For the ex-governors caught by the EFCC dragnet and their sympathisers who are screaming blue murder, Magu assures that the process will not only be transparent, but also he will discharge his responsibility “with the fear of God, in the national interest, and strictly observing the rule of law”.

The EFCC boss is happy the commission is receiving the much-needed cooperation from foreign agencies, including the global police organization, INTERPOL, which have promised to apprehend and repatriate ‘fugitive’ treasury looters to face trial in Nigeria.

With over one trillion Naira public funds allegedly looted by former governors and stashed away in various accounts at home and abroad, the anti-corruption agencies and their prosecutors can no longer afford the luxury of stalled or failed convictions.

The poor rate of convictions thanks to excessive court delays worry many Nigerians. Indeed, questionable long adjournments, frivolous injunctions and undue emphasis on technicalities that detract from the essence of corruption trials trail the cases.

Mr Debo Adeniran, Chairman of the Coalition Against Corrupt Leaders (CACOL), says that the mere fact that only two ex-governors have been convicted so far since the war against corruption was launched by the Olusegun Obasanjo administration over a decade ago sends a wrong signal to the ability of anti-graft agencies to bring suspected looters to book.

Magu, however, believes that the EFCC is not to blame for the low rate of convictions. “It is not the job of the EFCC to convict people. The EFCC hands off after taking them to court with evidence and witnesses. But, they (lawyers) know how to drag this thing. And after six, seven or 10 years, witnesses die. You can no longer call for evidence and Nigerians are saying the EFCC has not convicted this or that,” he says.

But what is to be done? There is need for lawmakers to enact new laws tailored to fighting corruption, the EFCC chairman suggests.

Mr Chinedu Akpa, a lawyer, believes “successful prosecution of the former powerful governors who allegedly looted public funds would not only free up more funds for development projects but also send a strong signal to the determination of  the Buhari administration to end the culture of impunity and treasury looting in Nigeria”.

Just as Magu is trying to re-enact the uncommon zeal with which the EFCC waged the anti-graft war under the leadership of its pioneer chairman, Nuhu Ribadu, the ICPC Chairman, Mr Ekpo Nta, is digging into allegations of corruption against some ex-governors.

The CCT under the chairmanship of Justice Danladi Umar has also sprung back to life and its dragnet has caught some ex-governors over alleged false declaration of assets during their tenures.

A Federal Government team, comprising the Minister of Justice and Attorney-General of the Federation, Mr Abubakar Malami (SAN), the  EFCC Chairman, Mr Magu and a crack team of detectives from the anti-graft agency recently  visited Dubai   in an effort to recover and repatriate  the stolen wealth.  This is in line with the pact on the Mutual Legal Assistance between Nigeria and the UAE. President Buhari had in January, this year signed with the UAE a “Judicial Agreement on Extradition, Transfer of Sentenced Persons, Mutual Legal Assistance on Criminal Matters, and Mutual Legal Assistance on Criminal and Commercial Matters, which includes the recovery and repatriation of stolen wealth”.

The anti-graft agencies have indeed tightened the noose around politically-exposed persons and their dragnets have so far caught many ex-governors. As the EFCC, the ICPC and the CCT set their sights on achieving conclusive prosecution of their cases, certainly the days of reckoning are here for the alleged corrupt former governors.