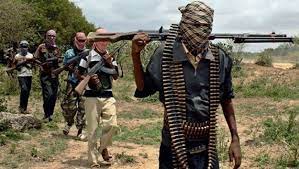 Gunmen have killed a former councillor of the Sankalawa Ward in the Bungudu Local Government Area of Zamfara State, Tukur Hassan.

The deceased was shot dead in his residence at the Sabon Gida village, 15 kilometres from Gusau, the state capital, around 1am on Thursday.

The Village Head, Sabon Gida, Malam Aliyu Babba, who is also a blood relation of the deceased, said, “The gunmen came in a vehicle and went straight to his house, killed him and left without taking anything.”

According to him, the gunmen did not attack any other person in the village, including Hassan’s wives and children, adding, “Immediately they fired shots at and killed the ex-councillor, they went away.”

When contacted, the spokesman for the state police command, SP Mohammed Shehu, said he would find out and get information about the incident before he would be able to make any comment.