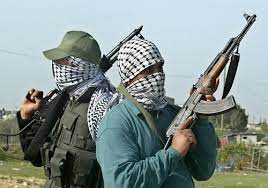 Ten persons have been confirmed dead while 19 others sustained injuries after gunmen attacked celebrants at a cultural festival in Bassa Local Government Area of Plateau State.

It was learnt that the incident occurred as the people of Irigwe ethnic nationality of the state were celebrating ‘Zerreci’, an annual festival meant to usher in the rainy/farming season when the gunmen stormed the ritual ground at Chando Zerreci community, killing the victims.

He said the incident happened around 11 pm on Saturday.

Zongo said, “We have a tragedy in our land right now as our people have been attacked and killed again. This time, during our annual ritual festival ‘Zerreci’ the festival that will usher them into the rainy and farming season.

“They were attacked by Fulani militants normally referred to by Government authorities as ‘Unknown Gunmen’ on 2nd, April 2022 at 11 pm at the ritual ground Chando Zerreci in Bassa Local Government of Plateau State.

“10 people were killed and 19 people survived with bullet wounds, they are undergoing medical treatment at Enos Hospital Miango, while others have been moved to Jos.”

The youths leader recalled that last month, over 10 people were killed within Rigwe village in Bassa Local Government, where houses and food crops were destroyed.

He alleged that the Fulani were responsible for the attacks and called on the government to rise up to its responsibility of protecting lives and property of the people.

“Brutal attacks on Rigwe communities are becoming rampant and frequent. This is unacceptable. The government must take more concrete steps to protect lives and property across Rigwe chiefdom and neighboring communities.

“Nigeria authorities both at federal and state levels failed to protect the lives and properties of the Rigwe people allowing them to be at the mercy of gunmen.

“The government must as a matter of urgency investigate the attack in Rigwe land and bring the perpetrators to justice and ensure families and other victims are adequately compensated.

The Police Public Relations Officer in the state, Ubah Ogaba, has not confirmed the attack, but residents of the village said policemen have arrived in the community and were trying to calm the situation.