Grow our sports to end the Nigerian shame at the Olympics 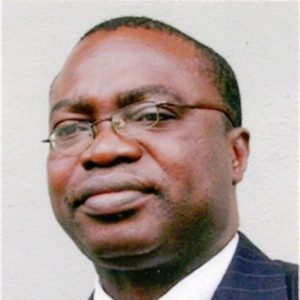 Bad news again streamed out of the Nigerian Olympic team at the ongoing Tokyo 2020 Olympics. It was not a surprise to many and replayed a tune that tires Nigerians out from hearing. The Nigerian Olympic story has been one of a few pleasant surprises and many heartaches.

The Olympics disqualified ten of our athletes on Wednesday, and the athletes promptly took to the streets of Tokyo with banners to add to our shame. Officials failed to prepare and present them for the mandatory eligibility doping tests before significant competition such as this. Blame the leadership of the Athletics Federation of Nigeria under the former minister of sports. The former sports minister has backed the recalcitrant erstwhile boss of the Athletics Federation of Nigeria to hang on to a post that has left him.

Premium Times captured it this way: “While other countries are celebrating heroic feats and medals in Tokyo, Team Nigeria ‘s situation is different as the athletes are protesting the ‘shame’ brought upon the country by negligent sports administrators. PREMIUM TIMES reported on Wednesday how 10 of the country’s athletes were disqualified from taking part in the Olympic Games due to their failure to undertake the mandatory three out-of-competition tests expected of athletes taking part in a competition of this magnitude. Rather than take full responsibility for their failings, the Sports Ministry labelled those affected as ‘alternate and foreign students’ athletes, whose tests did not meet with sample collection and analysis standards’.”

More bad news came the following day, also related to officialdom. Team Nigeria officials reportedly collected free Samsung S21 5G handsets the manufacturer gave to all registered teams. Rather than give it to the athletes, they now commenced hoarding and discriminating against athletes disqualified the previous day due to negligent officialdom. The action invited the intervention of the International Olympics Committee (IOC).

The two scenarios added to a sub-optimal representation of the country at the Olympics thus far. Nigeria did not qualify in many sports, pointing to our diminishing performance in many areas. Our poor sporting record comes against the backdrop of the great fortunes of sports generally globally.

Rather than focus on the once-in-four years event called the Olympics, Nigeria should be carrying out a roots-and-branch overhaul of our sporting structure, systems, and performance. Such a restructuring would enable Nigeria to participate in the evolving sports market.

Then, the revenue streams in sports divide into gate revenue, media rights, sponsorship, and merchandising. Media rights changed the face of European football and delivered the successful English Premier League.

There is so much money in sports, but Nigerian sports federations depend only on subventions from the government. The route to better performance for Nigerian teams is to make the games competitive and invite serious investors. It includes putting professional competitive sports ahead of developmental or amateur activities and enabling them to grow side-by-side.

Basketball will probably lead the way—forming the Africa business operation of the US National Basketball Association as NBA Africa could be the clincher. “NBA Africa will oversee the league’s business throughout the continent, including operating Basketball Africa League, which launched on May 16. The entity will establish corporate partnerships, expand content and media rights, and support local governments seeking to build new basketball arenas. The NBA envisions basketball being a top sport throughout Africa in 10 years.”

The enterprise value for NBA Africa is US$1 billion. Babatunde Folawiyo of the Yinka Folawiyo Group and Tope Lawani, co-CEO of Helios Fairfax, are top investors in NBA Africa. We expect that they will push for the growth of the game in Nigeria and replicate in Africa the success in China.

A report adds, “The NBA’s business operation in Africa is similar to its NBA China, which has grown to an over $5 billion business. NBA China launched in 2008 with a $253 million investment from partners, including Disney. NBA China allowed the league to gain more access to the world’s top marketplace, as China has a population of about 1.4 billion, according to United Nations data.”

Nigeria may yet do well relatively at the Tokyo 2020 Olympics. It would be a relief. Longer-term, Sports Minister Sunday Dare should go to the drawing board once the team returns. Dare had spoken of a new National Sports Policy that would prioritise autonomy of the sports federations and allow the professional side to take precedence over the developmental aspect of our various sports. Earnings and standards from the professional side enable the growth of the developmental or amateur side of the game. It is the global best practice, and Nigeria should be part of it.

Nwakamma is of the Lagos Business School.