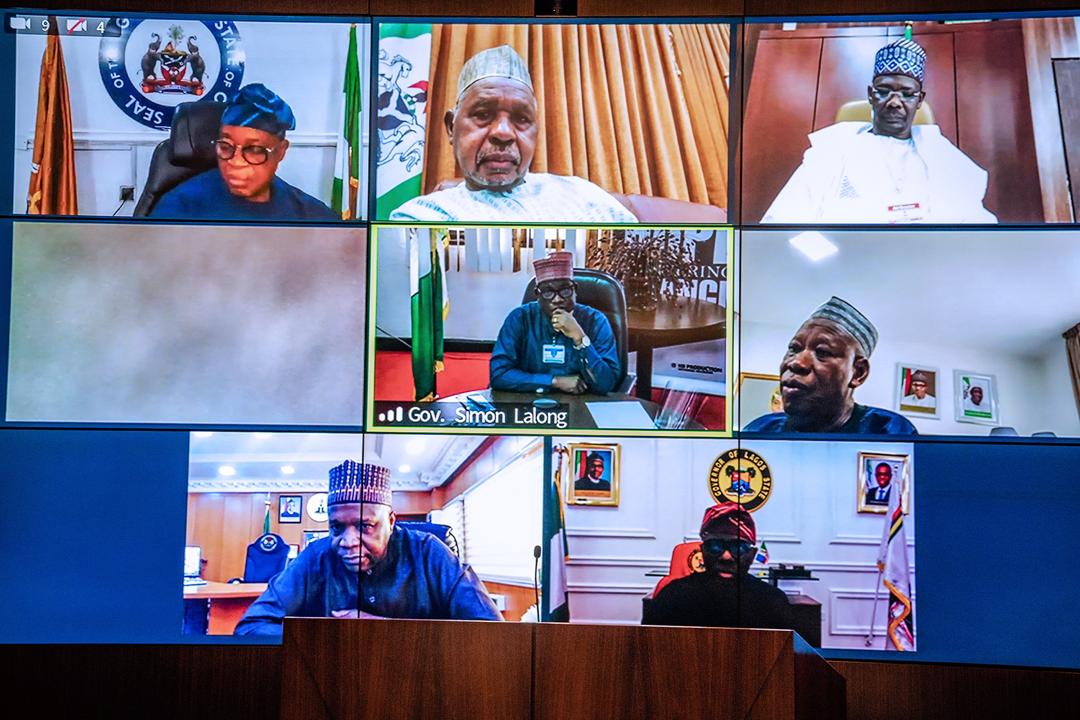 The deteriorating state of the economy, especially at the subnational levels will be the main focus when governors of the 36 states of the federation hold the 17th Nigeria Governors Forum teleconference on Wednesday.

This was contained in an invitation sent out to Governors by the Director-General of the Nigeria Governors’ Forum, Mr. Asishana Bayo Okauru, late on Monday.

A statement signed by the Head, Media and Public Affairs of the NGF, Abdulrazaque Bello-Barkindo, in Abuja, on Tuesday, quoted the invitation as saying governors will rob minds with the Presidential Economic Advisory Council, represented by its chairman, Bismark Rewane to x-ray the management of state economies, their challenges, opportunities and policy solutions.

The statement read in part, “Rewane had chaired the committee when it resolved the gridlock on minimum wage between states and their workers about a year ago. He will be making one of the two presentations scheduled for tomorrow’s meeting.

“The subnational economy will again feature prominently as it will become up again when the governors discuss their participation in a summit organized by the Nigeria Economic Summit Group, NESG, which is due to take place, a month from now, precisely on the 26th and 27th of October 2020.

“The NGF is partnering with the NESG to organize the summit, which is more of an NGF-NESG roundtable than anything else because governors are featuring very prominently in each of the 26 segments of the roundtable and its plenaries.”

Bello-Barkindo further explained that the two conversations are geared toward preparing the state governors for their Post-covid19 recovery plans and ensuring that, maximum impact of the reforms is felt by the subnational populace. Participants at the NGF meeting can access the virtual conference room from 1:00 pm but the meeting will start at 2:00 pm.

Also, the governors are to receive several other updates about partnerships with donor agencies and partners. One of the updates being expected is that of the Governor Ifianyi Okowa-led Committee, mandated to interface with the Presidential Task Force on the pandemic.

It is expected to speak on the conclusion of the CACOVID Flag-Off and distribution of palliatives as well as the Basic Health Care Provision Fund.

The Sokoto State Governor, Aminu Tambuwal, who is the Vice Chairman of the NGF is also expected to give an update on discussions on Executive Order 10, while the governors are also expected to discuss the security situation in the country giving special attention to the situation in Zamfara State.