Government on the path to touching lives of Nigerians —Femi Adesina 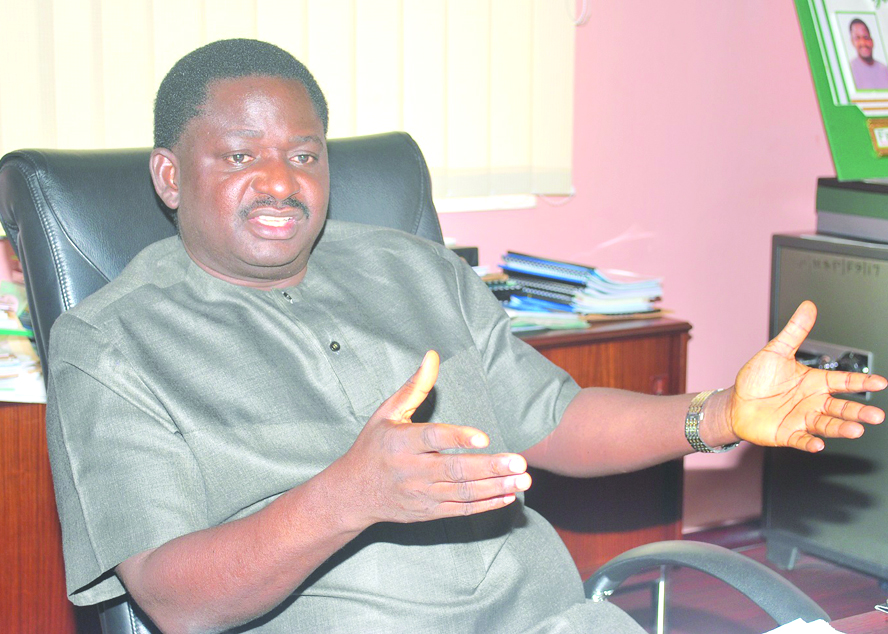 Femi Adesina is an award-winning Journalist with a rich professional history. A child of two worlds, he started his career as a broadcast journalist with Radio Lagos but veered off to the print media to give vent to a budding literary flair.

From Vanguard Newspapers to Weekend Concord, his reputation as a writer gained ascendancy till he docked at the Editorial Board of the Nigerian Tribune. From there, he joined a team of professionals to midwife the fledgling tabloid known as The Sun Newspapers, where he later rose to become the Managing Director/Editor-In-Chief before his appointment as Special Adviser to the President, Media and Publicity.

In a chat with Chinedu Obike, in Abuja, Adesina, who had also served as President of the Nigerian Guild of Editors, spoke on a myriad of issues ranging from campaign promises and threat to Nigeria’s sovereignty to security challenges and the health of the President. 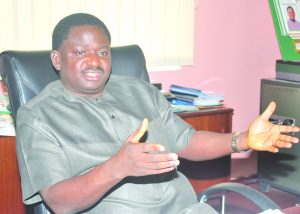 As a Journalist, you are trained to ask the questions. How does it feel being on the other side, answering the questions?

Well, it is a call to duty. I see this as a national assignment not as a job. Primarily, it is more of an assignment and I am glad to do the assignment.

It’s been two years since the PMB administration began. How far has the government gone towards fulfilling the promises made during the campaign?

I would say, “work in progress”, because it is mid-term. Just like a soccer match, it is half time and it’s not over until it’s over. Half time is not when to have a conclusive assessment, so I believe that whatever the government is doing now, it will build on it in the second half.

In the mid-term fact sheet of the administration released by your office, it highlighted various programmes and achievements of the government within the period. Have these achievements truly impacted the lives of the people?

I would keep referring to the expression “Work in Progress” because eventually, they would impact the lives of the people. The people may not feel those things now, but it is a build-up; it is cumulative and when it gets to a point, it will impact directly on the people. But, the question is: Is this government on the path to touching the lives of the people? I would say, yes. It is on it, particularly economically. In some other areas, the lives of the people have been touched in securing the country and fighting corruption. But the one that touches them directly is the economy and we would get there. If you look at the indices between last year and now, particularly in the first quarter of this year, things are looking up. All the indices that were down last year and in the first quarter of this year are now looking up.

The fact-sheet also scored the government very high in its attempt to fix the economy. Commendable as the efforts may be, the question on the lips of the masses is: when are we coming out of recession?

Valid question. Those who should know have situated our coming out of recession within the third quarter and that is the Minister of Finance, the Minister of Budget and Planning, and the Governor of the Central Bank of Nigeria. They should know because they are the ones that superintend over the economy.

Beyond the country, the IMF, the World Bank, and world economists have said this is the year of turnaround for the Nigerian economy and I believe that this year will see Nigeria out of it.

The government has been accused of using the War Against Corruption as an instrument to hound members of the opposition. How do you react to that?

That would always be a perennial allegation in a country like this. One thing about Nigeria is that it is not wanting in conspiracy theories. That is the way the country is wired. There will always be allegations of this against this, that against that, especially, when they are at the wrong end of it. If they are at the wrong end of it, you don’t expect that they would applaud the war. If a party had been in power for 16 years and had access to the treasury, both good and bad, it is only natural that members of that party would be called to question; would be asked to account for their stewardship and naturally, they would begin to allege that it was targeted at them. It is not targeted at them, it is just that they were the ones that had access to the treasury and must be called to give account.

In specific terms, how much has the government recovered, so far, in the War Against Corruption?

In 2015, the most potent security challenge was insurgency. Insurgency started in 2009 in the North East, crept in to the North West, crept into the North Central of which the federal capital is part of and it was in Kogi; from Kogi it was going into South West, and if it had gone to north-west and south-south, what would be left of the country?  The whole country would have been over-run by insurgency. So, as at the time this administration came in, it was the most potent threat to the future of the country. That was why so much attention was paid to it.

If you listened to the anniversary broadcast by the Acting President, he mentioned all those areas of security challenges and promised that the security agencies were going to deal with them. That is what I believe would happen. You see, it is one thing for a government to have capacity and it is another thing for it to lack capacity. You can’t say this government lacks capacity, particularly, to secure the country. With those challenges identified, I believe that they are going to be sorted out soon, particularly, the herdsmen clashes and herdsmen-farmers clashes.

In the Niger-Delta, we are having a good year so far. Last year was quite bad because it affected the budget drastically. But for now, things are in control and we believe that it will stay that way and get better because efforts have been made.

There is tension in the land. Sectional agitations here and there. Persistent calls for restructuring and all of that. Are things falling apart or is the centre holding?

There is the issue of IPOB in the South East. There is also the threat of eviction coming from the north. What do you make of all these?

Well, the Acting President has spoken about it. He said Nigeria is like marriage and marriage has its ups and downs but it is not at the drop of every hat that you pack and say you are quitting the marriage.

There is something one endures and something else you talk over. There are also some corrections you make and all that. I believe that this union will survive, but then every constituent part has a role to play.

When Mr President embarked on a medical vacation earlier this year, your office came under fire for not being open to Nigerians on the true situation. Were you disappointed with your primary constituency for its stand on the matter?

Not exactly. In 2009, something similar had happened, though not exactly the same way. Then there was no Acting President, but this time there is one. When it happened in 2009, I was a sitting editor and I knew the barrage we brought upon the person occupying this seat then. So, for me, I learnt a lot of lessons from how it was handled in 2009. What I noticed was that a lot of Nigerians had simply made up their mind that this was the position and there was nothing else you will tell them that they will believe. They wanted you to tell them what they believe is the position and I had resolved that any information at my disposal is what I will give. I will not colour or tweak it. I will just present it the way it is.

What is it about the health of a sitting President that makes it so delicate and sensitive a matter that information managers are often reluctant to say it as it is?

If you manage information for a President, you don’t speak for yourself; you speak for him. It is very important. You don’t go ahead of him and you don’t lag behind him, either. You stay by his side and it is what he tells you that you say. If you go ahead of him, you are not serving him properly because you will say many things that he has not asked you to say. Therefore, whatever the President has revealed at any particular time is what you must reveal. Particularly, when you work with President Muhammadu Buhari who is a straight-forward person, you can be sure that he will stand by whatever he has told you.

When he was away between January and March, I knew that whenever he comes back, he will say certain things and you needed to wait for him to say those things himself. When he came back, he told Nigerians that he had never been this sick in his life. It was better coming from him than another.

Do you know the health of a President of a country is a matter of national security? You will say what he asked you to say.