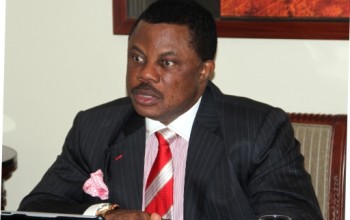 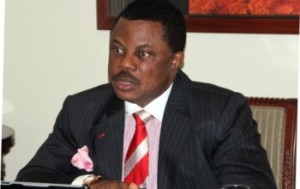 Governor Willie Obiano of Anambra in Awka presented 2016 budget proposal of N101.4 billion to the state House of Assembly for consideration.

The 2016 budget was tagged, ‘Budget for efficiency, optimisation, productivity and Job creation.’

The amount represents a significant decrease of 38 percent over the current fiscal year’s budget estimate.

The governor projected the capital expenditure at N52.8 billion while the recurrent expenditure was pegged at N48.6 billion.

The figures imply a Capital to Recurrent Expenditure ratio of 52:48 as against 67:33 in the current year.

Obiano explained that the decrease stressed the need for prioritisation and “doing more with less” in the 2016 fiscal year.

The governor further said his administration would expand the establishment of power generation solutions in the state to increase power supply to critical sectors of the economy.

The governor said that the policy thrust for the fiscal year 2016 budget would be to implement economic policies and sector growth strategies to achieve fiscal stability and discipline.

According to him, the proposed budget will grow and maximise internally generated revenue and improve productivity in public service.

“It is a budget that gives priority to infrastructure, food security and human development through the introduction of series of innovations aimed at ensuring that Anambra successfully weathers the impending economic storms,” he said.