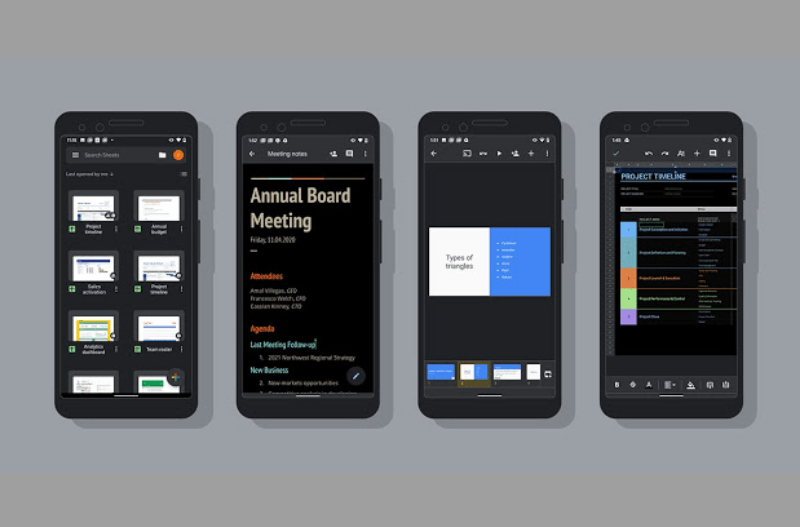 Leading global tech firm, Google has launched a new set of apps aimed at keeping up with innovation and introducing better user interface programs. This according to the company is responsible for the rolling out of the Dark Mode on G-Guite Apps across Docs, Sheets, and Slides apps on Android. According to the company, the new theme will “intelligently adjust the product interface and user-generated content in ways that can make it more usable in low-light environments and save battery life”.

The new theme, which is expected to roll out to all users within the next two weeks, will come about automatically for users who’s Android system is already set to use dark mode.

But Google says that users can also turn dark mode on or off for Docs, Sheets, or Slides independently – and if users do this, each app will always be in the selected theme regardless of the Android system settings. Here’s how to enable the theme:

Open the Docs, Sheets, or Slides apps individually and go to Menu > Settings > Theme > Dark in each app.Google says that users can preview their current document or sheet in the Light theme using More > View in light theme.

Google has decided to discontinue several old versions of specific G Suite apps in August 2020 – and encourages users to update their apps as soon as possible.