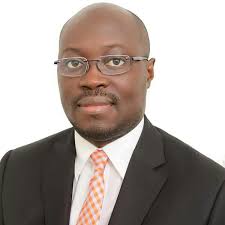 Ghana’s opposition party has promised to construct an inland port at Hamile as part of the Big Push agenda by the next Mahama led government. This was made known by the Former Deputy Finance Minister and Member of Parliament for Ajumako-Enyan-Essiam constituency, Cassiel Ato Forson  who said that if given the opportunity, the next Mahama led government will construct an inland port at Hamile in the Upper West Region of Ghana. Speaking to journalists, the former finance minister said that the project forms part of a larger project to open up the Western part of Ghana to trade and investment through the construction of a railway line linking Sekondi-Takoradi to Hamile.

This inland port falls under the proposed commercial infrastructural plan of the $10 billion ‘Big Push’ agenda. As part of their recovery plan for the economy, Mr Forson revealed that the NDC will open up the western corridor of the country to economic activities with the construction of a railway line from Sekondi-Takoradi to Hamile in the Upper West Region of Ghana.

“We are putting up a railway line that will start from Sekondi-Takoradi to Axim. It will connect all the way to Elubo, extend to Enchi, from Enchi we’ll extend it to Asawanso, Goaso, take it to Sunyani, Wenchi, all the way to Bamboi and Bole and take it to Sorla with the hope that we can connect it to Wa, Nadowli and Hamile. So when we get to Hamile we are creating an inland port at Hamile.”

According to Ato Forson, the choice to situate the port at Hamile instead of Paga is because of Hamile’s proximity to the commercial hub of Burkina Faso as compared to Paga.

He noted that the introduction of the railway line in the western corridor of the country will create the avenue for businesses along that route as well as promote businesses in that enclave.

“And we felt that that alone you have created an avenue for business in that enclave, the western part of the north, Upper West Region. And so the vehicles coming all the way from Burkina Faso to take the things from Tema port to Burkina Faso will not be using the roads now to go out there,” he added. He stated that the project was very commercially viable as the trains could carry both passengers and goods as well.

“Remember that when these goods go all the way from Takoradi to Hamile and the people pick it up there, the trains will come, when they’re coming they may come empty. They may take passengers, ok, so not just empty.

“They’ll be coming with passengers and the very enclave that we are talking about is where the cocoa is. So they’ll be able to haul cocoa to the ports of Takoradi and ship it out there, so clearly this is a commercial venture,” he explained.

He also mentioned that the Takoradi port will be extended and dedicated to the Sahel Region as the entry and exit point for goods and services to and from the Sahel.