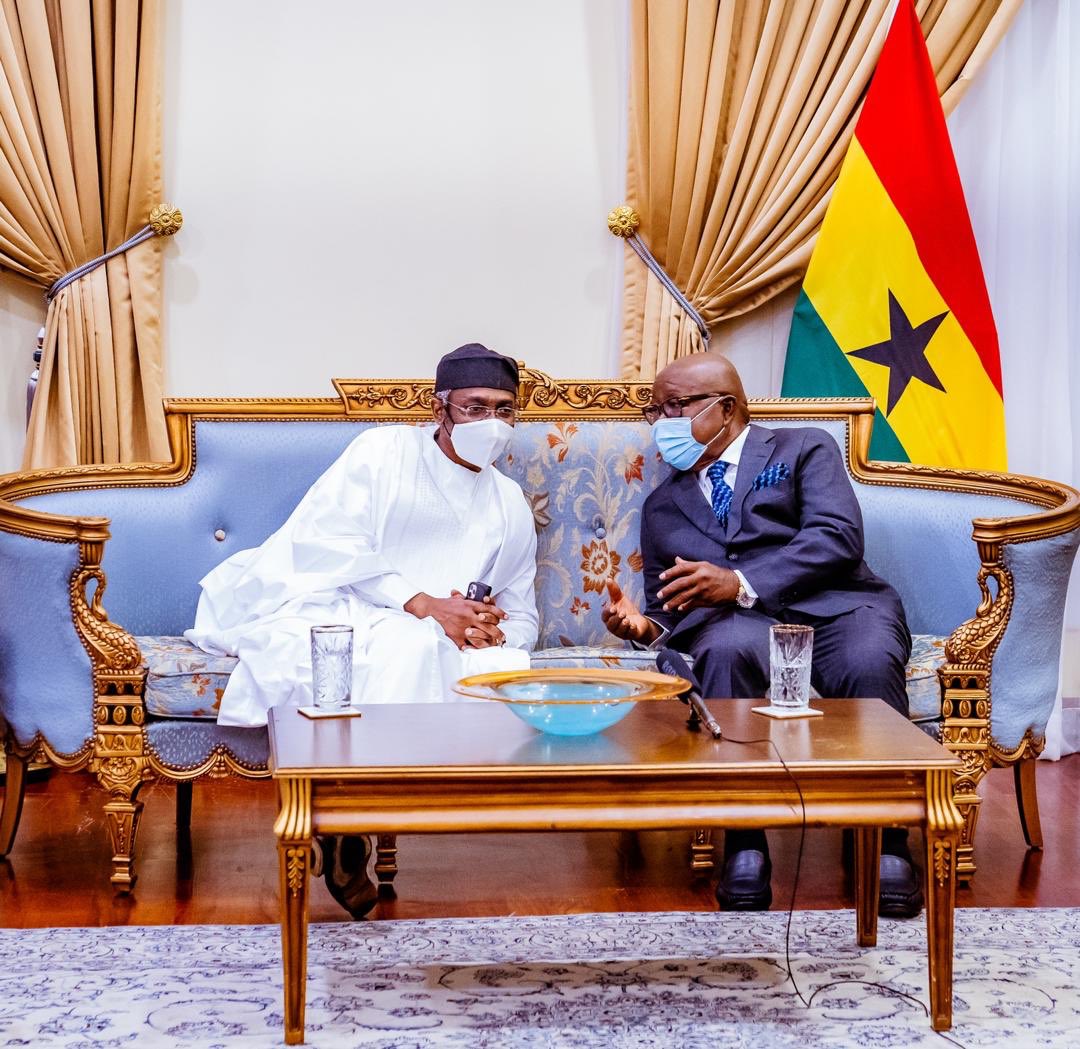 The Ghanaian government has succumbed to pressures from Nigeria to take a second look at the country’s controversial foreign investment which targeted non Ghanaian businesses in a move many saw as discriminatory. The move to review the investment law was made known by the Ghanaian President, Prof. Nana Akufo-Addo who expressed his government’s readiness to reconsider the one million dollars capital base for foreign traders, as enshrined in the Ghana Investment Promotion Centre (GIPC), Act 2013.

President Akufo-Addo gave the assurance during a meeting with the Speaker of the Nigerian House of Representatives, Rep. Femi Gbajabimila who visited Ghana as part of efforts aimed at finding a diplomatic solution to the impasse. The House of Representatives had earlier assured Nigerian that they will embark on a ‘Legislative Diplomacy Bilateral’ meeting between Nigeria and Ghana to resolve the matter. The legislative diplomacy dialogue became imperative as the parliaments of the two countries sought modalities to resolve challenges and provide an enabling business environment for foreign traders, including Nigerians, doing business in Ghana.

This follows controversies emanating from the implementation of Ghana Investment Promotion law after protests by many Nigerians and condemnations trailing the Law which has been described as xenophobic in nature. President Akufo-Addo noted that the request by the Speaker of Nigeria’s House of Representative “as it makes a lot of sense”. The President equally endorsed Gbajabimila’s proposal for the operation of a ‘Nigeria-Ghana Business Council’ established by law in both countries.

The president suggested the setting up of a joint ministerial committee between both countries to spearhead issues between Ghana and Nigeria. He told Gbajabiamila that he would also raise the issue with President Muhammadu Buhari when they meet at the ECOWAS Summit on Monday. “I think the way forward, which is really what matters in situations like this, is what is being suggested, one that I find very acceptable, the idea of legislation. “A Nigeria-Ghana business council that will superintendent trade matters and investment matters between our two countries may be long overdue.

“The time has come for us to take these worthwhile steps. “I suggested to Mr. President (Muhammadu Buhari) that it will be a good idea to set up a joint ministerial committee of ministers from both sides who will be responsible for shepherding Ghana and Nigeria issues, reporting to both presidents at any one time, and that is how they should be resolved. “I am hoping when I see him (Buhari) on Monday for the ECOWAS summit, we can advance these discussions and come to a final conclusion,” Akufo-Addo was quoted as saying. READ ALSO: Gbajabiamila asks Ghana to revisit law on $1m business capital Earlier, Gbajabiamila, told the Ghanaian President that he led a Nigerian parliamentary delegation to Ghana to make efforts through parliamentary diplomacy to resolve the issues at stake. According to him, the Nigerian parliamentary delegation has appealed to its Ghanaian counterpart for a possible review of the GIPC Act.

“We have proffered a few suggestions, one of which is the establishment of Ghana/Nigeria Business Council backed by legislation on both sides,” Gbajabiamila said. Meanwhile, a communiqué was issued jointly at the end of the bilateral meeting between members of the two Parliaments led by their respective Speakers, Gbajabiamila and Prof. Mike Oquaye. The lawmakers resolved that measures would be adopted to support law-abiding traders to properly regularise their business operations and also alleviate trade challenges occasioned by the alleged closure of the retail stores. The resolutions were reached in view of the ravaging impact of COVID-19 pandemic on businesses and families in both countries.