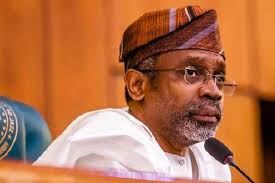 After a brief meeting with President Muhammad Buhari yesterday, the Speaker House of Representatives, Femi Gbajabiamila was scheduled to visit his Ghanaian counterpart today over the alleged harassment of Nigerians in that country. Despite corresponding diplomatic talks,the hostilities still became so persistent that the Nigerian government had to issue a warning that it would no longer tolerate such maltreatment of Nigerians over there.

Nigeria’s information minister – Laid Mohammed – had recalled that between January 2018 and February 2019, about 825 Nigerians were deported from Ghana. And notwithstanding the ravaging COVID-19 pandemic, Ghanaian authorities have continued to frustrate Nigerian businessmen and residents  in that country. But in a counter statement, Ghana’s information minister said Mohammed’s account was not factual and accurate. He claimed the deportations alluded to were essentially over criminal activities, such as fraud, prostitution and armed robbery.

Gbajabiamila’s visit became necessary in order to explore other options in resolving the conflict, since traditional diplomacy does not seem to work. According to the Speaker, his mission is ‘to look at the issues on ground as they affect our citizens, and try to calm things down for a way forward’. In other words, the legislative diplomacy is intended to calm nerves and reach an amicable settlement in the dispute between the two countries.

Addressing State House Correspondents, the number 4 citizen explained that Nigeria was not going to make any demands in the spirit of African Parliament. Instead, ‘we will be looking at the issues from time to time as they affect African countries, and this is one of them’. As two friendly West African neighbours with a long history of mutual relationships –  political, economic and sociocultural, we must strive to sustain the relationships and work together.