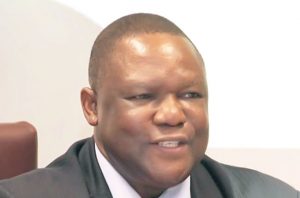 A former Deputy Governor of Central Bank of Nigeria (CBN), Dr Obadiah Mailafia has said that fulanisation of the country is real, just as he disclosed that there is an ongoing plot by President Muhammadu Buhari’s administration to foist a Fulani and Islamic agenda on Nigerians.

Malaifia who stated this in Akure, during a special session organized by Forum for Good Governance Towards Revival for All Nations (TRANS 21) with the theme “The Role of the Church in Nation Building” alleged the present administration in Nigeria of pushing for the Islamisation and Fulanisation of the country.

“In the North East alone, more than 3000 churches have been destroyed, more than 400 priests and pastors have been killed. Last year, the CAN chairman of Adamawa was beheaded, even after a ransom was paid. We have been told that the so-called bandits should not be called bandits because bandits do not bring down military aircraft.”

“We are being told that these terrorists are part of the insurgency because they did these kidnappings to raise money in order to fund the insurgency.”

On the state of the nation, the Development Economist said all indications pointed to the fact that Nigeria is drifting towards a failed state, saying that the country may soon become ungovernable if nothing is done to check the drift as the country under President Buhari.

He specifically said the country is moving towards the domination of one ethnic group and religion over the other, while Nigeria has fallen from grace being the most terrorised nation and the poverty capital of the world after India and Afghanistan.

According to him, about two million Nigerians have been killed silently in Nigeria in the last few years with the government unable to tackle the menace of Fulani herdsmen, terrorists and bandits.

Mailafia said the situation in the North is getting out of hand with no fewer than 20 million of children out of school, lamenting the official unemployment rate in Nigeria is over 33 percent with youth forming 40 percent of the figure.

Melaifia said “Nigeria is now a failed state, unable to perform its statutory roles. Nigeria cannot be described as a nation because the power is not concentrated in the hands of the government alone. There are other blocs that now have the power of coercion.”

“Rival groups control territory. Boko Haram is in control of over half of Niger State and if they successfully take over Niger, Abuja will be a walkover.

“Government cannot provide security for the people. Nowhere is safe in the country. The forests have been taken over by foreign invaders.

“The economy is collapsing. There is a collapse of the institution. Police, Universities’ standards are low. Corruption has taken over in the country. What else do we need to say Nigeria is a failed state?”

He said “Nigeria has been designated as a failed state, we may not say it is a failed state but certainly it is surely exhibiting the features of a failed state in term of the kind of violence, the widespread insecurity, terrorism, abuse of humanity, criminality, rape, killing, maiming, destruction, we are a failing state, the solution is nothing than the need to give birth to a new Nigeria.

“It is clear that the constitution we have presently is a fraud, it is a fraud because it starts with we the people when infact you and I did not sit anywhere to design this constitution, by this fact alone, it is based on lies and fraud.

“Therefore, on this basis, we must reject the evil we are seeing and we must demand for the re-engineering of our federation for the restructuring of our country so that we can have a new Nigeria anchor on social justice, fair representation for all the nationalities of this country and have a government based on transparency, justice and hope for all Nigerians and anchor on devolution of powers, this is the way forward.”