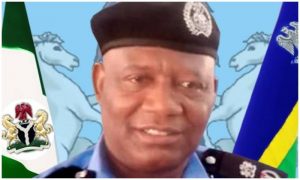 Hoodlums in the wee hours of Saturday attacked Izombe Divisional Police Headquarters in the Oguta Local Government Area of Imo State, killing two policemen on duty. The killing of the two policemen increased to 25 the death toll of cops who had been killed by gunmen in attacks since February.

The state government had in June given the families of 21 police officers killed by unknown gunmen N5 million each. A month after the event, gunmen struck again, killing the Divisional Police Officer of Omuma Divisional Police Headquarters, Fatmann Dooiyor, who was a Chief Superintendent of Police.

On the latest attack on Saturday, it was learnt that two policemen on duty and three gunmen were killed in a gun duel. The attackers reportedly planned to bomb the police station but were repelled by the policemen.

The spokesperson for Imo Police Command, Michael Abattam, confirmed the attack, alleging that the gunmen were members of the Eastern Security Network, the armed wing of the proscribed Indigenous People of Biafra.

He said, “On August 14, at about 02:45 hours, bandits suspected to be members of the proscribed IPOB/ESN terror group came in their numbers to attack Izombe police station but could not gain access to the station due to the swift response of the ever alert Imo Command’s Tactical Team and personnel of Operation Restore Peace of the command who intercepted and repelled the bandits.

“The bandits, on sighting the police, engaged them in a gun duel but were subdued due to the superior firepower of the police. They fled into the bush and in the process, three of the bandits were neutralised.

“Their arms, one pump-action gun with two rounds of live cartridges and one locally-made double-barrelled pistol with two expended cartridges, were recovered by the police. Unfortunately, the command lost two of its gallant officers in the attack.”

Abattam further said police tactical teams were in pursuit of the fleeing gunmen and combing the bush for their arrest and possible recovery of their weapons.

“The command is using this medium to call on the good people of Imo State, especially the Izombe community, to assist the police with credible information that will lead to the arrest of the fleeing bandits and report to the nearest police station any person(s) seen with bullet wounds,” he said.

“Also, hospitals are advised to ensure that they report any person(s) who come to them for treatment of bullet wounds,” Abattam added.