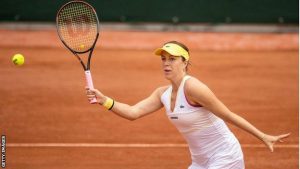 Aryna Sabalenka became the sixth top-10 women’s seed to exit the French Open’s opening week as she fell to an inspired Anastasia Pavlyuchenkova in Paris.

Third seed Sabalenka had been the highest-ranked player left standing after the withdrawals of Naomi Osaka and world number one Ashleigh Barty.

But she was whitewashed in the deciding set as Pavyluchenkova won 6-4 2-6 6-0.

Pavlyuchenkova will face Victoria Azarenka in the last 16 after the 15th seed dominated Madison Keys 6-2 6-2.

Petra Kvitova’s withdrawal through injury had handed Vesnina a second-round bye but the Russian was undone by Rybakina’s dominant serve as she hit 12 aces and did not have to face a single break point.