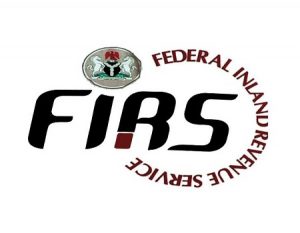 The authority of Federal Inland Revenue Service (FIRS) is seeking Constitutional power to establish the Federal Revenue Court and inclusion of Value Added Tax (VAT) into the Exclusive Legislative List in the ongoing constitutional amendment.

The FIRS’ plan was contained in a letter titled: ‘Request for sponsorship of a bill for the establishment of the proposed Federal Revenue Court of Nigeria and the insertion of Value Added Tax under Item 58 of Exclusive Legislative List’, with Reference No: FIRS/EC/CWREP/0416/21/037 dated 1st July 2021 and addressed to the Deputy Speaker of the House of Representatives, Hon. Idris Wase.

“As a process of tax reform with the aim of enhancing tax compliance and strengthening the internal mechanisms for the resolution of tax disputes in Nigeria, the Government of Nigeria established the Tax Appeal Tribunal (TAT) pursuant to Section 59(1) of the Federal Inland Revenue Service (Establishment) Act 2007 No.13 which formally took off pursuant to the Tax Appeal Tribunals Establishment Order 2009 issued by the Minister of Finance, the Federal Republic of Nigeria as published In the Federal Government Official Gazatte No 296, Vol. 96 of 2nd December 2009.

“The inauguration of the Tax Appeal Tribunal as presently constituted have posed questions as to the powers of the Executive Arm in providing and vesting the Tribunal with adjudicatory power as a mechanism for the resolution of tax disputes in Nigeria, also the seeming similarities with the jurisdiction of Federal High Court as provided for under Section 251 of the Constitution of the Federal Republic of Nigeria has also fueled controversies between the Tax Appeal Tribunal and the Federal High Court.

The Constitutionality of the jurisdiction of Tax Appeal Tribunal was tested on 30th October 2013 when Justice Adeniyi Ademola of the Federal High Court in the case of TSKJ II Construces International Sooiadade LDA v FIRS which struck out the existence or legality of the TAT on the ground, that, the Federal Inland Revenue Service Establishment Act No. 13 of 2007 and (ie Tax Appeal Tribunal (Establishment) Order of November 25th, 2009 (TAT Order conflict with the exclusive jurisdiction of the FHC conferred by Section 251 of the constitution.

He observed that the two judgments of the Federal High Court are still subjects of appeal at the Abuja and Lagos Division of the Court of Appeal respectively with Appeal No: CA/A/122A/2014 and Appeal No: CA/L/746/2014.

“Sequel to the above background, the Federal Inland Revenue Service (FIRS) sought the need to take the opportunity of the ongoing Constitutional review/amendment by distinguished National Assembly to recommend that there be established a Special Court called ‘Federal Revenue Court’ as a superior Court of records to handle all federal tax-related matters to the exclusion of any other Court; and equally removed from the exclusive jurisdiction of FHC under Section 251 of the 1999 Constitution-Federal tax matters. This will reduce the burden placed on FHC and will enhance the speedy resolution of tax disputes in Nigeria. It will also increase revenue generated from tax which is one of the hallmarks of President Muhammadu Buhari (GCON)’s administration,” the letter read in part.

He expressed optimism that the Federal Revenue Court when established will provide both the Tax Authority and Taxpayers a platform for quick resolution of tax disputes and invariably increase tax revenue generation for the Federal Government.

“It will reduce the time spent in the adjudication of a tax matter which in most cases leaves the tax collection subject matter in abeyance until the court decides otherwise.

“The Judges of Federal High Court that presently handle tax matters are well-grounded in the general practice of laws in Nigeria. There is a need for tax matters to be handled by individuals with cognate experience in taxation and tax practice for effective adjudication of tax disputes In Nigeria.

“There is already a Tax Appeal Tribunal (TAT) structure on ground that can be converted, for the proposed Federal Revenue Court as a takeoff point.