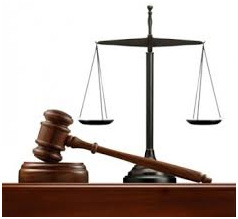 Mohammed Saidu, Director of Public Prosecutions of the Federation (DPPF), Federal Ministry of Justice, has identified organised and financial crimes, which involve criminal conspiracy and responsibility with cross border implications as threat to the survival of global economy.

Saidu made this remark at the 2015 Capacity Building Workshop for Law and Enforcement Agencies organised by the Nigeria Deposit Insurance Corporation (NDIC), in Lagos. The two-day workshop had in attendance, the Law Enforcement Agencies which includes the Economic and Financial Crimes Commission (EFCC), Independent Corrupt Practices and Other Related Offences Commission (ICPC), the Nigeria Police, Federal Ministry of Justice, among others. It was held at Golden Tulip Hotels, Festac, Lagos.

The public prosecutor, who was represented by Mr. Ernest Ezebilo stated that the investigation of financial crimes in this high-tech globalised world required men and women of sound technological know-how and that such level of skills can only be possible through capacity building programmes such as the one organised by the NDIC. “Financial crimes and Terrorism are criminal acts that are inextricably intertwined and in this era of terrorist attacks on Nigeria and her citizens, terrorist financing is the most deadly act of terror as without the financial capability, the terrorists cannot carry out any attacks.