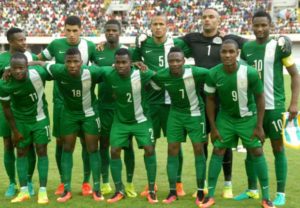 Nigeria’s Super Eagles have moved up nine places to become the 7th best team in Africa and 41st in the world, despite missing the just concluded African Cup of Nations in Gabon. The latest FIFA rankings released on Thursday also saw new African Champions, Cameroon deservedly climbing 29 spots to become 3rd in Africa and 33rd in the world.

The deposed AFCON title holders, Ivory Coast, however suffered the consequences of their poor outing in Gabon by dropping 13 places to become 9th in Africa and 47 in the world. The Star-studded Elephants of Ivory Coast, alongside Terrenga Lions of Senegal and Black Stars of Ghana were bookmarkers’ favourites to win the championship. It was Cameroon, which eventually snatched the trophy after beating Egypt 2-1 in a thrilling final.

Egypt however retained the top spot on the continent and 23 position on the global ranking, while Senegal, which lost quart finals to Cameroon on penalties occupies second position on African ranking and 31 in the world respectively. Tunisia, Congo DR and Burkina Faso occupies fourth, fifth and sixth positions on the continent respectively with Nigeria, a non-Afcon participant taking the seventh spot.

Curiously, Ghana, which lost the semi-finals against Cameroon before ending the tournament as the fourth best teams after losing the third place match against Burkina Faso, is ranked eighth on Africa and 45 in the world. Ivory Coast and Morocco occupies the ninth and tenth spots respectively on the current African ranking.

Meanwhile Argentina remains the best team in the world, followed by Brazil, Germany, Chile and Belgium in that order to make up the best five teams.