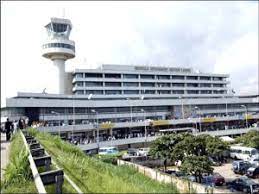 Stakeholders in the aviation sector have called on the Federal Government to disclose the identities of the strategic foreign investors showing interest in the Nigeria Air project.

This came on the heels of the recent Federal Executive Council’s approval of three aircraft to kick-start operations of the national carrier.

The role of the Federal Government in setting up the airline is to assist the carrier by providing the initial capital of between $150m and $300m.

The money is expected to be released in tranches from the start of operations through to the first few years after operations’ kickoff.

The airline, Nigeria Air, is expected to commence operations before the end of this year and preparations are in advance stage to birth the national carrier.

The government had made it clear that the national carrier would be private sector driven and run on a purely commercial basis, with zero interference from the government.

The proposed carrier has secured its Air Transport License and is in the process of obtaining its Air Operator Certificate from the Nigerian Civil Aviation Authority.

The Minister of Aviation, Senator Hadi Sirika, had stated that the Federal Government would hold not more than five per cent shares in the airline and Nigerians would have 46 per cent equity, while 49 per cent shares were reserved for strategic foreign investors.

The national carrier is expected to utilise a significant number of underused Bilateral Air Services Agreement and take advantage of the substantial opportunity presented by the Single African Air Transport Market, as there is currently no viable Nigerian carrier that operates long haul services.

The approval of three wet lease aircraft to commence operation by Nigeria Air has generated heated debate among stakeholders.

The Principal Managing Partner, Avaero Capital, Sindy Foster and a Jean Monnet professor of Strategy and Development, Prof. Anthony Kila, said certain issues were yet to be addressed to gain the trust of stakeholders to believe in the project.

“The issue we have at the moment is that we don’t know who the 95 per cent (investors) are right now. For an airline to be launching and we don’t know who are the majority owners of this airline is an issue, and that should be clarified before any aircraft takes flight anywhere,” said Prof. Anthony Kila, who is also an international director of studies at the European Centre of Advanced and Professional Studies, said.

The Director-General, NCAA, Musa Nuhu, explained that the agency had no hand in the choice of aircraft to be used as it was a government policy.

Nwuba said, “Most startups usually start with wet leasing, particularly when you are still new and all the investors have not come in. It is when the investors come in and you have all the funds that you need that you begin to look at if you are going to take wet lease or dry lease.

“How does that solve the problem of availability of funds through the Central Bank of Nigeria or will the national carrier get its money through the black market to fund its operations?

“It is absurd, it’s essentially an absurd proposal made to a group of people that have no knowledge of what’s going on and they are acting like judges receiving information on which they judge without basic facts.”

Speaking at the just concluded Conference of the League of Airport and Aviation Correspondents in Lagos State, a former President, National Association of Nigeria Travel Agencies, Mr. Bankole Bernard, listed the benefits of Nigeria Air to the country and its image.

He said in part, “If Nigeria Air is able to come into the market, it increases the fleet in the market, brings convenience to the people that are travelling and not only that, we now start to showcase to the rest of the world that yes we could float a national carrier.

“The impression it is going to create is a significant one and is going to change the narrative. What narrative? The negative impression they have about Nigeria that we can’t do anything right but they would see this come to fruition.”

Also, the President/CEO Top Brass Aviation, Captain Roland Iyayi, who is also a former Managing Director of the Nigerian Airspace Management Agency, expressed doubts that the government followed due process in its pursuit of a na¬tional carrier for the nation.

According to him, it would take almost a year to secure an ATL by an applicant, but he said in the course of securing one for the proposed National Carrier, this was done within a few months by the government.

Iyayi declared that the es¬sence of safety certifications like ATL and AOC were to en¬sure that an applicant could operate safely, stressing that each of that processes was meant to establish competency and credibility, which he alleged might have been circumvented because of the involvement of the government in the airline.

“The government is setting a bad precedent. It is saying that you can do anything and get away with it. If the world sees that you do not have stan¬dards, it will ultimately come back to you to bite.

On the other 95 percent in¬vestors, Iyayi challenged the government to put such infor-mation in the public domain in order to avoid speculations. He said, “Ultimately, they fly the name of Nigeria and not just the name of anyone. How do you know who these individ-uals are? These are factors we need to know. You just don’t wake up to say ‘we are setting up a national carrier; don’t bother how we did it. We need to know how you did it.’

“I think there are a lot of issues that need to be addressed by the government. Accountability is key. Trans¬parency is very important,” he said.

“It may not necessarily be the best way to go, but it’s a way of setting up its own structure,” he said.

Chief Executive Officer, Centurion Aviation Security and Safety Consult, John Ojikutu, in his submission, queried the currency of the licenses of the crew and like others, ques¬tioned the identities of the oth¬er 95 per cent investors.

He said, “The only one we have been hearing is the one with only five per cent. Will the airline start off with five per cent holding capacity? Then we are not ready for a national carrier but a govern¬ment carrier that will not have a long span like those before it.

“Get the foreign techni¬cal investors to come in and there are many in the US, Canada, and Australia. There are many Nigerian corporate investors too that can give us contemporary global airlines with those from the developed countries and away from the homegrown somersaults air¬lines.”

It had been reported a few days ago that the Federal Government approved the leasing of three aircrafts for the commencement of operations of the country’s national carrier.

Sirika had disclosed this to State House correspondents at the close of the Federal Executive Council meeting chaired by the President, Major General Muhammadu Buhari (retd.), at the Council Chambers of the Presidential Villa, Abuja.

Speaking, Sirika said the airline would begin with three aircraft manufactured by Airbus and Boeing and that the carrier would operate domestic flights with plans to expand into regional and intercontinental routes.

The minister, however, declined stating the kick-off date saying, “We will announce commencement soon.”

Since it was unveiled at the Farnborough Air Show in England in July 2018, Nigeria Air has been mired in controversies that led to its suspension in September 2018, barely two months after its proposal.

Many investors, including Emirates, are showing interest in the Nigeria Air project. Apart from Emirates Airlines, many other investors have shown interest in the project, especially foreign businesses.

The Minister of Aviation, Hadi Sirika, a few months ago, speaking through his Special Assistant, Public Affairs, James Odaudu, had stated that Emirates’ offer was an expression of confidence of the international aviation community in the commitment of the Federal Government to the national carrier project.

Asked whether other investors were showing interest in the proposed airline, Odaudu said, “For that, I can tell you that a lot of investors are interested.” He, however, did not disclose the names of the other investors, stressing that their proposals had been coming in and that this would be handled by the stipulated body before the announcement of a preferred bidder.

“In fact, that is why we issued the statement reacting to the offer by Emirates and that offer alone shows that there is a lot of interest in the project,” Odaudu stated.

He added, “And then it (Emirates offer) is an encouragement to those who are bidding to be part of it.”

But many are wondering why the minister is failing to disclose the identities of the investors, wondering if he is hiding anything from the public.