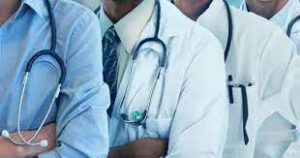 The Federal Government has mandated all chief medical directors in teaching hospitals across the country to open attendance registers with a view to stopping salaries of doctors taking part in the strike called by the National Association of Resident Doctors.

The order, which was revealed to journalists by a senior health official, was also confirmed by the President of NARD, Dr Uyilawa Okhuaihesuyi, on Sunday.

The senior health official stated, “Government is determined to implement the no-work-no-pay order. As from tomorrow, attendance registers will be opened in all hospitals. Everybody will be paid based on attendance.”

Meanwhile, members of NARD have ignored government’s attendance register, vowing to only return to work when all their conditions have been met.