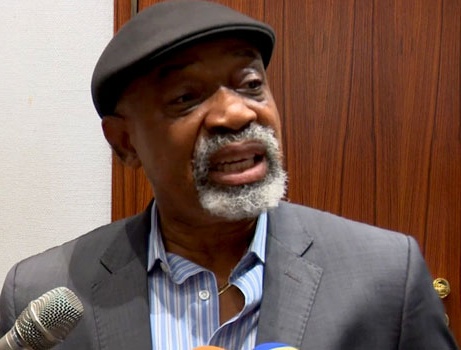 The Federal Government on Tuesday met with the organised Labour over the hike in electricity and fuel tariffs.

The meeting, called by the Minister of Labour, Chris Ngige with the Trade Union Congress (TUC) and the Nigerian Labour Congress, was held at the Banquet Hall of the Presidential Villa in Abuja.

The meeting, which is at the directives of President Muhammadu Buhari, is to discuss solutions to the recurring labour issues with a view to finding an end to incessant industrial actions.

This comes as the labour unions are threatening to down tools over the pump price of petrol and electricity tariff.

They are also complaining of non-implementation of the N30,000 new minimum wage, alleged corruption in government agencies, loss of jobs across the industries, high cost of living and, businesses not booming in the light of the effects of COVID-19.

The labour unions and their civil society allies are expected  to commence an indefinite industrial action and national protest from Wednesday, September 23.

On his part, the Minister of State for Petroleum Sylva said all is not well with the economy, calling for cooperation to fix the economy

While making a presentation on the topic, “Understanding the importance of fuel subsidy on the Nigerian Economy and the gains of deregulation,” Sylva noted that subsidy payment is a major source of corruption.

According to the minister, oil prices are low, adding that there is also a cut in production to about 1.412 million barrels per day.

Sylva, who stressed that the nation’s major source of income which is oil, reduced by over 50 per cent, maintained that Nigeria was losing about N1billion daily to subsidy between 2016-2019.

Prior to this time, the country was losing about 3.7 billion naira daily.

Speaking further, he explained that despite the deregulation, fuel price in the country is the cheapest in the West African region.