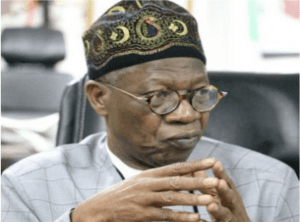 The federal government has begun ramping up new efforts into the regulation of online media in Nigeria two weeks after Twitter was indefinitely banned in the country.

Now, the federal government has asked that the House of Representatives amend and enact a law that will empower the Nigerian Broadcasting Commission (NBC) to be able to control all forms of Internet Broadcasting and social media. Many Nigerian users believe that this is but further attempts to stifle the country’s civic space – effectively crippling free speech and public dissent online.

Nigeria Government is asking the House of Representatives to amend the NBC Act and include “Internet Broadcasting”. What this means is that all online radio/TV stations must register with the NBC and Ministry of Information which analysts see as social media censorship through the backdoor.

The Minister of Information and Culture, Lai Mohammed made the request during a public hearing organised by the House Committee on Information, National Orientation, Ethics and Values on a new bill to amend the NBC act.

NBC already controls all television and radio broadcasting in the country. TechCabal reports that this is due to provisions in Section 2(b) of the NBC Act.

The provisions state that “the Commission shall have [the] responsibility of receiving, processing and considering applications for the establishment, ownership or operation of radio and television stations including cable television services, direct satellite broadcast and any other medium of broadcasting.”

With the new development, the federal government now also wants the commission to regulate online media transmission, as well as other channels of broadcasting.

“I want to add here specifically that internet broadcasting and all online media should be included in this because we have a responsibility to monitor contents, including Twitter,” the minister told the House.

Now, the federal government has asked that the House of Representatives amend and enact a law that will empower the Nigerian Broadcasting Commission (NBC) to be able to control all forms of Internet Broadcasting and social media.

The government’s request into total internet control has led to widespread criticism from users and news outlets. Fears over the Buhari Administration clamping down on free speech and Internet Freedom have led to several media stakeholders in the country asking the House to remove online media from under the NBC’s mandate. They have also requested that the Minister of Information be separated from the commission.

Akin Akingbulu, executive director of the Institute for Media and Society, says that the commission should not receive directives from the Information Minister.

“The power to give directives to the commission, vested in the Minister of Information in section 6 should be removed and replaced with powers which include policy formulation for the broadcasting sector,” Akingbulu says.

Despite the countrywide Twitter ban, Nigerian users continue to use the service without fear of Government reprisal through affordable Virtual Private Networks (VPNs).

Recently, the Vice-President of ExpressVPN spoke about the country’s Twitter ban and how VPNs ensure that users cannot be traced by the government or by anyone. Nigerian users who fear that their Internet freedoms, which they pay their ISPs for, may be taken away should consider subscribing to a VPN sooner rather than later.