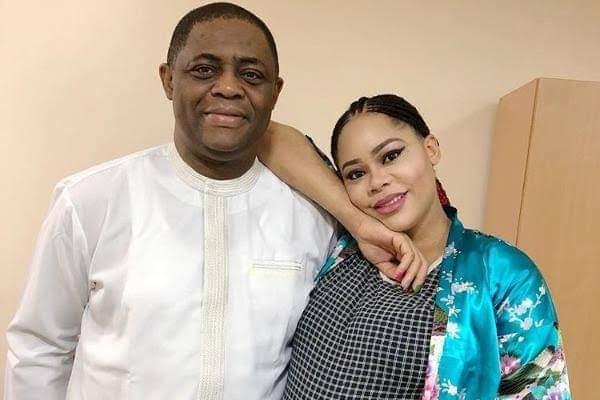 The marriage between a former Minister of Aviation, Chief Femi Fani-Kayode and ex-beauty queen, Precious Chikwendu, has hit the rocks. While the reasons for the separation remain undisclosed, it has however been confirmed by the couple through their separate social media handles.

The romance which started in 2015 and has been blessed with four sons, began showing signs of crack few months ago, though the couple denied it at the time.

Breaking the news of the separation on her blog, popular blogger, Stella Dimokorkus, alleged that it was owing to domestic violence and questions pertaining to the paternity of the couple’s four sons.

Reacting to the story, the former minister, has through a letter from his lawyer, Mr Adeola Adedipe, dated September 16, 2020, refuted the allegations, describing them as preposterous. Fani-Kayode has requested the blogger to retract the story, apologize through the same medium, and enter into a negotiation for the sum of #2 billion as damages to his reputation and that of his little kids. He threatened that failure to do so would leave him with no option but to approach the law courts for legal redress.

Chief Femi Fani-Kayode had previously been married to three different women at different times and has five grown up daughters.