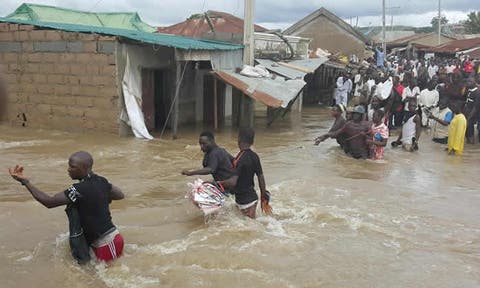 The Federal Capital Territory Emergency Management Agency (FERMA) has recovered the body of one Garba Joseph, 43, from Akoka-Edo of Edo State, who was swept away by flood last Thursday.

The corpse was recovered by FEMA’s search and rescue team after a two-day search from a flooded river around TradeMoore Estate, Lugbe, in Abuja.

The Director-General of FEMA, Alhaji Idriss Abbas, who disclosed this, advised residents to adhere to instructions and early warnings from relevant authorities, adding that attitudinal change is key to reducing disasters to the barest minimum in the FCT. Idriss also decried the increasing rate of flooding in the FCT. “This is despite FEMA’s consistent sensitisations based on Nigerian Metrological Agency and Nigeria Hydrological Services Agency’s predictions of torrential rainfall and dangers of flooding,” he said.

Meanwhile, a combined team of FEMA, National Emergency Management Agency and other response services have successfully rescued the three trapped occupants of a truck loaded with beverage products, that crashed into a residential building in Madala in the early hours of Saturday.

The victims, who sustained varying degrees of injuries, were taken to the Zuba General hospital for treatment.