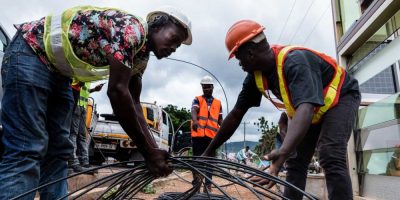 The growing importance of the Internet of Things (IoT) in both personal and communal lives across the world has forced many countries to work towards improving the quality of their national connectivity so as not to lose out on the new knowledge economy. This has prompted the Nigerian government to deploy $328 million funding towards the expansion of internet fibre to the northern parts of the country. This comes with the approval of  a new initiative to extend fibre infrastructure to the 19 northern states of the country through a project, tagged the National Information Communications Technology Infrastructure Backbone, NICTIB II, aims to improve broadband infrastructure in the Northern parts of Nigeria.

Galaxy Backbone, an agency within the ministry of communications and the digital economy, is the digital infrastructure provider of the federal government. Its aim is to develop and implement a national Internet and data infrastructure for public and private institutions.

Though it is fully owned by the federal government, it operates as a limited liability company. The NICTIB II is the second phase of its National fibre project which has been ongoing around Nigeria.

According to Abubakar, the first phase — NICTIB I — came from Lagos to some parts of the South-South (Port-Harcourt and Calabar), South-East (Enugu), and North Central (Markurdi, Nassarawa, and Abuja). With the second phase, the project is expected to extend to 19 more states in the country.

Though not much has been said of the project since then, this approval comes at a telling time for Internet connectivity in Nigeria. Getting Internet infrastructure has been tough but that might soon be changing.

Several states are having been crashing right of way charges for private Internet infrastructure providers, Lagos is building its own Internet fibre project, and other ICT related policies are being developed. For Northern Nigeria, this initiative if executed rightly, might bode well for innovation in the region.