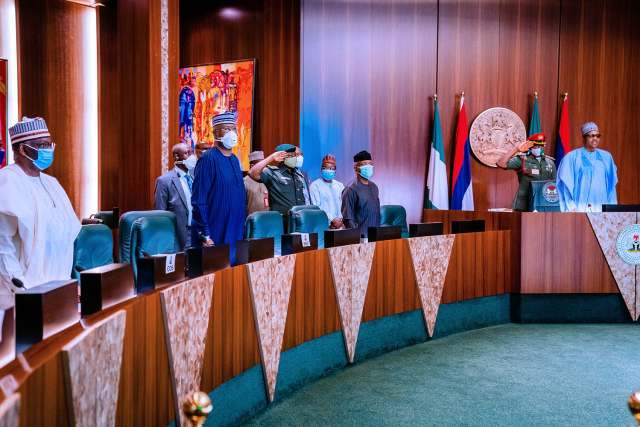 The Federal Executive Council yesterday approved a budget estimate of N13.08tn for the 2021 fiscal year. PUNCH reports that the fiscal document was approved at a meeting of the council presided over by President Muhammadu Buhari.

The Minister of Finance, Budget and National Planning, Zainab Ahmed, disclosed this to State House correspondents at the end of the meeting.

The minister said the budget proposal was predicated on $379 exchange rate, oil benchmark of $40 barrel per day and oil production volume of 1.86 million per day.

Ahmed explained that the total budget proposal for 2021 was to enable the country to attain a more inclusive growth and also to achieve the key objectives of government.

The minister said, “The budget assumptions that were presented to the council today include: one, crude oil price benchmark at $40 per barrel; two, oil production at 1.86 million barrels per day; three, exchange rate of N379 to $1; four, Gross Domestic Product growth target of three per cent; and five, inflation rate of 11.95 per cent.

“Also, the CBN is an autonomous body. Only those two are excluded, 60 government-owned enterprises included. That is to say their revenue and all categories of expenditure are now integrated in the budget.

“We have a total aggregate revenue of N7.89tn and also an aggregate expenditure of N13.08tn for 2021. There is a fiscal deficit of N4.49tn, this represents 3.64 per cent, slightly above what is required by the Fiscal Responsibility Act of three per cent and also to report that the total capital expenditure that is projected in the budget is 29 per cent of the aggregate expenditure.

She said the country had complied with the OPEC quota, which is placed at about 1.5 million barrels per day.

She explained, “So, the 1.46 million is in meeting with the OPEC quota.

“This is important to us because as you report, if you just report the 1.86 million, some members of the OPEC appear to think that we are exceeding OPEC quota, whereas we are reporting oil and condensate.”

“The performance of expenditure, on the other hand, was 92.3 per cent and that is to say salaries were fully paid; pensions were paid; debt service was made, as well as transfers classified as statutory.”

The Minister of State for Finance, Budget and National Planning, Clement Agba, explained the factors that led to the decision on the growth rate. One of it is a deficit of financing of N4.49tn.

The Director-General of the Budget Office, Ben Akabueze, put capital budget performance at 60 per cent.